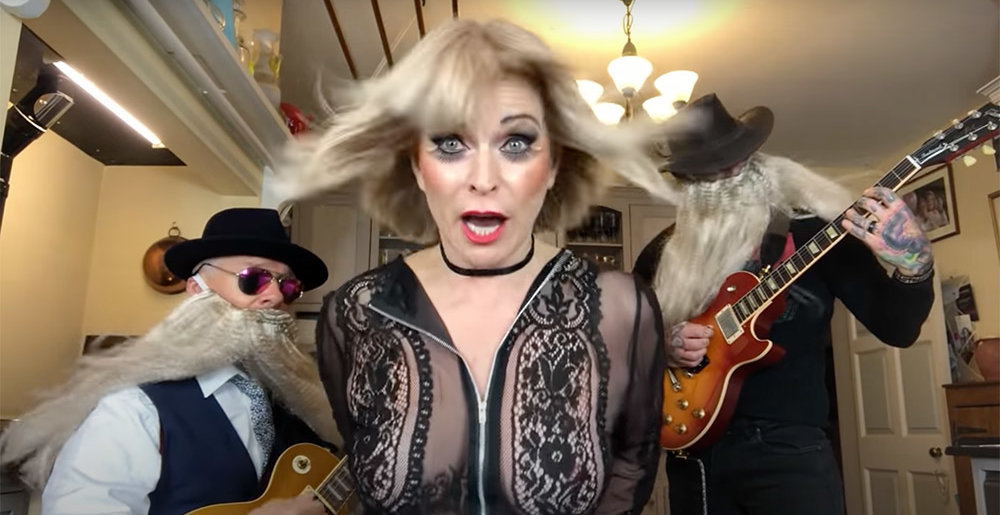 King Crimson guitarist Robert Fripp and his wife, the actress and singer Toyah Willcox, have unveiled the latest entry in their “Sunday Lunch” series of cover videos that have captured the Internet’s attention in recent weeks.

The latest video finds Fripp and an unnamed special guest donning sunglasses and fake blonde beards in honor of ZZ Top, whose hit song, “Gimme All Your Lovin’” is the subject of this week’s cover. Wilcox, standing in front of a fan for maximum hair-blowing effect, wields two large pairs of scissors as she sings the song, the implication being… she’ll cut the beards? We’re not sure. But if anyone can identify the special guest based on his hand tattoos, kindly let us know.

Previous entries in Fripp and Wilcox’s “Sunday Lunch” series include:

You can watch the pair’s latest below.

Sponsored Links from Across the Internet
Show Comments
Related Articles
Viral Vomit 0
Your Favorite Cover Artists Toyah and Fripp Are Back with “5 Minutes Alone”
September 4th, 2022 at 2:33pm Hesher Keenan

They’re going all out for this one.