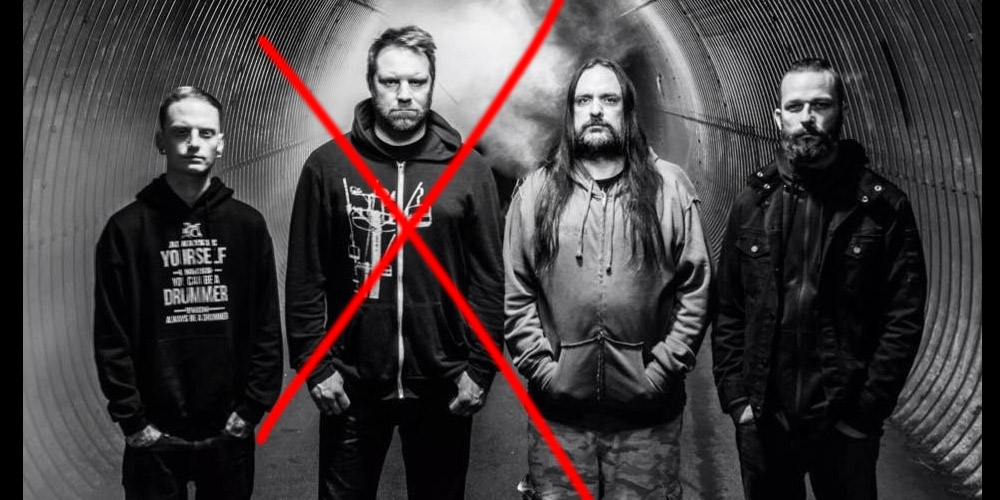 A few weeks back, 36 Crazyfists guitarist and co-founder Steven Holt gave the impression via social media that he had quit the band, directing some particularly vitriolic words for one unnamed member and adding the phrase “X-36CF” to his Instagram bio. Fans jumped to the conclusion that meant the end of the band despite no official word from anyone involved. And now it seems as if the band’s future has taken a completely different turn altogether.

For starters, Holt has taken down the post referenced above from his profile (which is private now, but one of his approved followers tells MetalSucks so). What’s more, “X-36CF” is no longer in his bio. And then there’s an exchange he had with a fan, which very much implies 36 Crazyfists will continue after all… without vocalist Brock Lindow.

Responding to a fan who asked “don’t want to be that guy but i have to know, is 36 done?,” Holt said:

“dude I hate to be that guy, but I’ve got a massive amount of music written this winter, certain parties may not be involved, it is what it is, there will be 36 music from our camp this year, guaranteed ????????

“Which includes Myself, Kobra and Bear.”

In case there was any doubt as to the identity of the “certain parties” referenced above and in Holt’s previous post, it now seems a safe assumption that the “coward,” “thief, and “fake” he called out is Lindow, which is what most fans guessed anyway (Holt and Lindow founded the band together in 1994 and have been the only two constant members ever since). “Kobra” is drummer Kyle Baltus (“Kobra Ky”), with the band since 2012, and though I can’t find any online references to bassist Mick Whitney as “Bear,” just look at the guy: [UPDATE: As several readers have pointed out, the man pictured below was a fill-in named Buzzard. But we have confirmed “Bear” is Mick Whitney.]

All that would suggest 36 Crazyfists will continue without Lindow.

Now, that said, things are hardly ever so simple. Lindow might not approve if that’s the direction the other 36ers want to go, and he may have legal recourse to prevent them from doing so. He’s likely also got a side to the story we haven’t heard that paints Holt (and possibly the other two) in a bad light. We just don’t know.

Don’t be surprised if the material Holt references above eventually sees the light of day as a band not named 36 Crazyfists, despite what he’s saying right now. We’ll just have to wait and see.

Thanks: MetalSucks reader Eric B.

Everyone's Replaceable 0
Steven Holt Out of 36 Crazyfists
March 22nd, 2021 at 8:52am Vince Neilstein

Many fans are speculating the band has broken up entirely but that has not been confirmed.

Just call us Vince Bob and Axl Joe from now on.