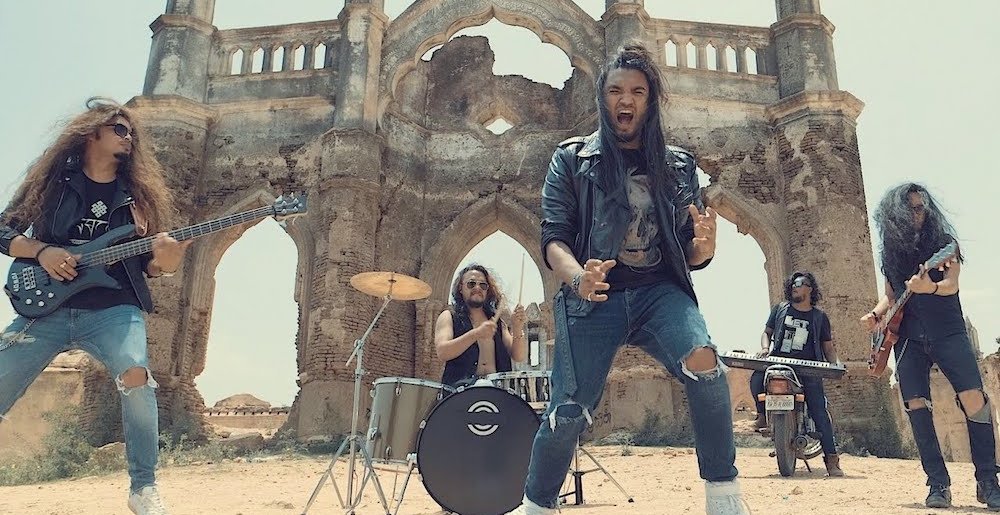 Girish and the Chronicles Release “The Rebel” as a Single

Girish and the Chronicles released one of my favorite albums of 2020. You likely still haven’t heard of them despite our constant posts about the band (including those about Firstborne, which features singer and namesake Girish Pradan alongside members of ex-Lamb of God, ex-Megadeth and Myrone), because you’re more interested in clicking on stories about Corey Taylor or Metallica and then complaining that we don’t post enough “underground” shit. Welcome to my life.

So: Girish and The Chronicles have unveiled “The Rebel,” which is not really new — it was on last year’s Rock the Highway — but the band is putting out as a single now. It rocks and it’s catchy as hell — obviously, everything this guy touches checks those boxes — but it also features a guest spot from guitarist Rowan Robertson, whose credits include a stint in Dio, VAST, and Bang Tango. If you missed Rock the Highway when it came out last year, this track is as good an introduction to the band’s sound as any.

Give it a spin below.

Tags: Girish and the Chronicles

The band will release a new album, Hail to the Heroes, comes out February 11.

New Stuff 0
Girish and the Chronicles Hop On Board the “Lovers’ Train”
November 2nd, 2021 at 11:19am Vince Neilstein

The best new-school torchbearers of classic hair metal in existence.

Metal Sucks Greatest Hits
0 -
L.A. Band Threatin Faked a Fanbase To Land a European Tour No One Attended
0 -
I, For One, Welcome Our New Robot Overlords
0 -
Incredibly Metal Six-Year-Old Girl Terrorizes America’s Got Talent
0 -
Twelve Reasons Babymetal are the Single Best Thing to Happen to Metal in the Past Decade
0 -
Danny Worsnop is a Good Writer
0 -
MetalSucks Readers Declare Pantera The Most Unnecessarily Shat Upon Band in Metal!!!