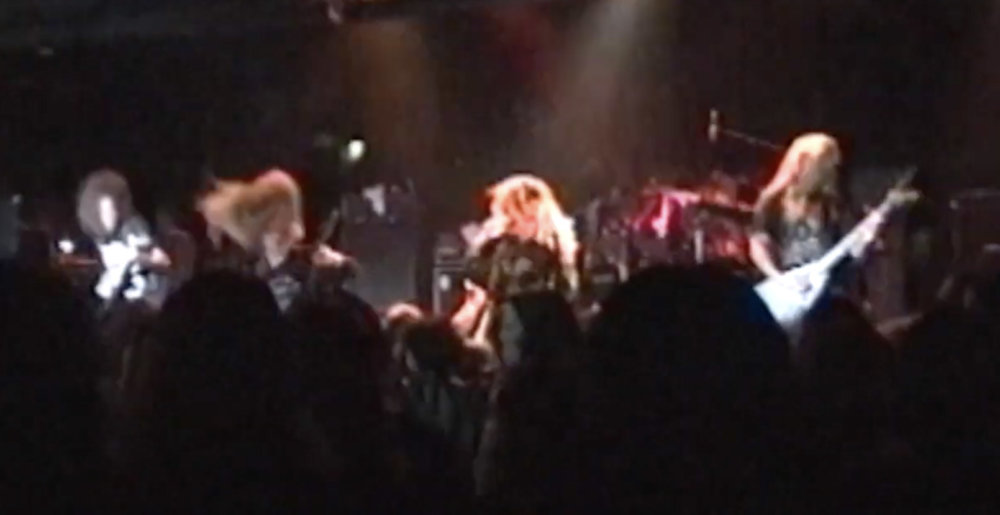 Cannibal Corpse rolled into San Francisco on the night of March 9, 1993 riding high. Tomb of the Mutilated had come out six months prior, catapulting the band to death metal frontrunner status, and the band had embarked on their first headline tour to support the record in February. In retrospect it was only the beginning for them, of course, with their endorsement in Ace Ventura a year later the icing on the cake for that album cycle… and George “Corpsegrinder” Fisher, now considered the band’s definitive vocalist, hadn’t even joined yet!

Jesse Davis of Davis Video Creations was at the now defunct Bay Area venue The Stone that night to film it. Davis, who also recently uploaded footage of a rare Entombed performance in the Bay Area in 1994, tells MetalSucks that this is the first time this performance has been made available anywhere, ripped straight from his original master tape. A clip from this show appears on Cannibal Corpse’s Centuries of Torment DVD (2008), but this is the first time most of the video’s 17 minutes are up for public viewing.

Watch the clip below! Davis also captured footage of openers Unleashed, who appeared after Epidemic and Abiosis, which we’ll post below as well.

Metal Sucks Greatest Hits
0 -
That Time Shaun Got Drunk and Filmed a Music Video with His Cat
0 -
Op-Ed: When Did Slayer Start to Suck?
0 -
Meshuggah’s Jens Kidman is Now a Meme
0 -
Op-Ed: Metal Vocalists Have Become Irrelevant
0 -
Footnotes: A Handy Catalog of Every Song from Which Avenged Sevenfold’s Hail to the King “Borrows”
0 -
Etienne Sin: What the Actual Fuck