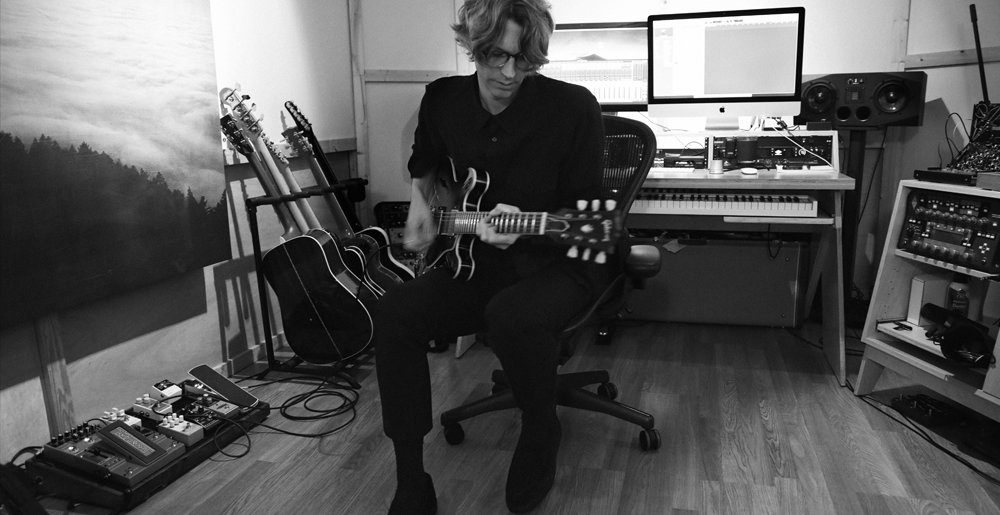 The name Daniel Davies may not immediately trigger recognition — I know my first thought was, “The dude from The Nanny?” — but we should all know who he is: since at least 2015, he’s been collaborating with filmmaker and composer John Carpenter and Carpenter’s son, Cody, on the regular.

The trio have made three albums together, Lost Themes I – III, wrote the score for 2018’s Halloween reboot, and are writing the score for that movie’s sequel, Halloween Kills, which is scheduled for release this October. They also did a bunch of touring (I saw them! They were awesome!). The elder Carpenter had kinda fallen off the radar after he basically stopped directing in the aughts, but the six years since he started releasing music with Davies and his son have seen him thrust back into the spotlight, and rightfully so.

This being the case, we should all get excited for Spies, the new EP Davies will release on May 28 via Sacred Bones Records. The first single, “Beasts of L.A.,” is clearly Carpenter-esque, but by no means a retread of Davies’ previous work with that family. It’s relatively simple, it’s atmospheric, it’s cinematic, it’s slightly retro-sounding, and it creates that same kind of unnamable chill you get listening to the best of Carpenter. But it also feels much warmer and more affecting than Carpenter’s stuff (the entire EP was written and recorded during the lockdown, so it’s safe to assume Davies feeling pretty emotional when he made it). I think if you’ve enjoyed those recent Carpenter albums as much as I have, you will dig this a whole lot.

Check out “Beasts of L.A.” via the below visualizer. The Spies track list and album art, which is by Jesse Draxler (Daughters, Poppy), are also below. Pre-order/pre-save the album here.