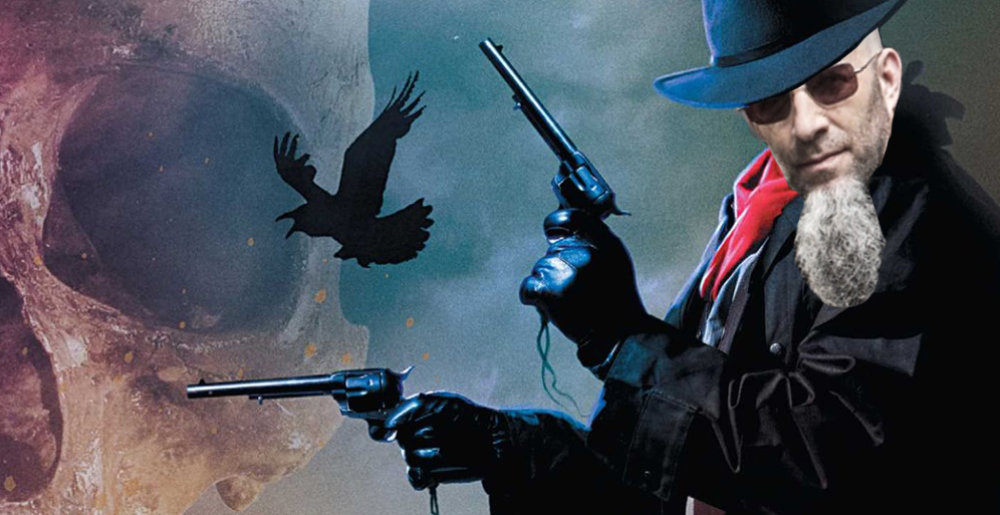 The Fangoria-backed weekly deep dive into the world of history’s most popular horror writer is co-hosted by Scott Wampler and Eric “Quint” Vespe, who were two of the best writers at Birth.Movies.Death and Ain’t it Cool News for many years (both sites have since gone down in a blaze of scandal, none of which was either of their faults). But most, if not all, of the episodes find them joined by a special guest to talk about one specific entry into the King canon. Guests in the past have included filmmakers like Rian Johnson (Knives Out), Mike Flanagan (The Haunting of Hill House), and Leigh Whannell (that new Deftones video); actors like Kumail Nanjiani (The Big Sick) and Elijah Wood (Lord of the Rings); authors like Mark Z. Danielewski (House of Leaves) and Seth Grahame-Smith (Abraham Lincoln, Vampire Hunter)…

…and musicians like Anthrax’s Scott Ian, who appears on this week’s episode to discuss Wizard and Glass, the fourth book in King’s Dark Tower series!

Anthrax, of course, have a long history with King. Ian has an insane collection of King’s work, which has inspired ‘Thrax songs like “Among the Living” (The Stand), “A Skeleton in the Closet” (Apt Pupil), “Lone Justice,” and “Breathing Lightning” (both Dark Tower). King returned the favor by having a character think about Anthrax during the course of the third Dark Tower book, The Waste Lands.* Then, of course, Anthrax were featured prominently in the 2017 adaptation of It.

Ian discusses all of these topics — not just Wizard and Glass — on the episode. He also gets into metal’s general relationship with King’s work. So, yeah, I highly encourage you listen. You can do so below!

Anthrax recently announced their fortieth anniversary celebration in the form of Anthrax 40 for 40, “a series of video testimonials that features former band members, fellow musicians, colleagues, and industry veterans sharing behind-the-scenes stories of working with the band, and what Anthrax’s legacy has meant all these years on.” That starts May 3, and will culimatine in a career-spanning lifestream on July 18 (the band’s actual fortieth anniversary). Get more details here.

*During the interview, Ian says Anthrax get mentioned in The Drawing of the Three, the second of the Dark Tower books. I’m extremely hesitant to suggest Ian may have made a mistake. Maybe King made multiple Anthrax references in that series and I’m mistaken?