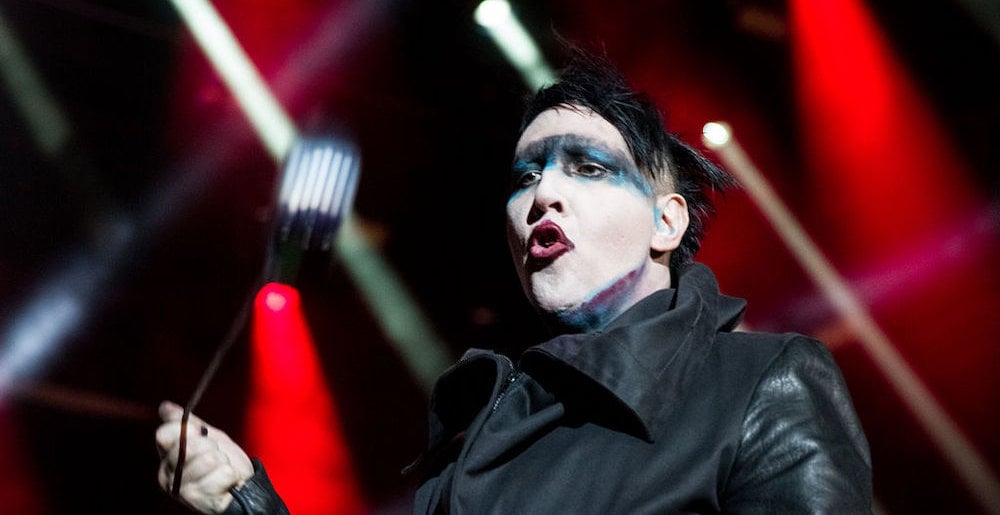 According to Deadline, the 16-page lawsuit claims that Manson “physically and verbally threatened” Walters, and would routinely fly into “drug induced fits of rage” during which the singer “threw dishes at Walters, threatened to commit suicide and even pushed her into a wall.”

He is also said to have encouraged friends to grope her and kiss her without her consent, and did so himself at least once.

Walters further claims that Manson would sometimes make her stay awake for up to 48 hours without break, and once forcing her “to stand for 12 hours straight on a chair while taking pictures of him” as he “fed her cocaine to force her to stay awake.”

Additionally, Walters maintains that Manson boasted to her that “he had gotten away with raping woman” and that he “routinely” said that “he wanted to kill women he was involved with.” She backs up allegations made by two of Manson’s former girlfriends and current accusers, the actors Evan Rachel Wood (Westworld) and Ésme Bianco (Game of Thrones), saying she brought food and water to the women in secret when Manson had made them afraid to leave their rooms. Walters says she once saw Manson “throw a prop skull so hard at Wood that it left a large raised welt in her stomach.”

A rep for Manson “vehemently denied” all of Walters’ allegations.

Although Manson fired Walters in October of 2011, she says she didn’t know she had cause for legal action she began to connect with some of Manson’s other accusers last year.

You can read the entire lawsuit here.

A flood of charges against Manson began in February, when Wood alleged that Manson “horrifically abused me for years.” She elaborated on those accusations a week later, at which point she also said that Manson’s wife, Lindsay Usich, and someone named Leslee Lane were “conspiring to release photos of me when I was UNDERAGE, after being given large amounts of drugs and alcohol, after Brian performed on Halloween in Las Vegas, to ‘ruin my career’ and ‘shut me up.’”

While Wood has implied in the past that Manson abused her, this was the first time she explicitly named the singer. After that, there was a deluge of similar accusations from other women, including Walters.  Most recently,  Ashley Morgan Smithline, an actress and former model, told People that Manson is the “most terrifying monster in the world.”

Earlier, a different former assistant claimed that he had seen Manson physically and emotionally abuse Usich.

Manson has called the previous accusations against him “horrible distortions of reality.” But the fallout has already been tremendous, with the singer being dropped by his label, Loma Vista, his agency, CAA, and his manager of 25 years, Tony Ciulla. He was also fired from television roles on the programs American Gods and Creepshow.

Otep frontwoman Otep Shamaya shared an unsettling story about Manson, as did singer/songwriter Phoebe Bridgers. The actor Corey Feldman has also accused Manson of “decades [of] mental and emotional abuse.”

Metal Sucks Greatest Hits
1840 -
The Final Word on Metal Drumming
0 -
The Single Greatest Analysis of Nickelback’s Work Ever Written
0 -
Let’s Gossip About How Much Money Famous Metal Vocalists Make
0 -
36 Seconds of Hell on Earth: Video from the Guitar Center Grand Opening in Times Square
0 -
David Lee Roth on Van Halen Brothers: “We Have Always Hated Each Other”
1860 -
The Top 25 Modern Metal Guitarists: The Entire List in One Place