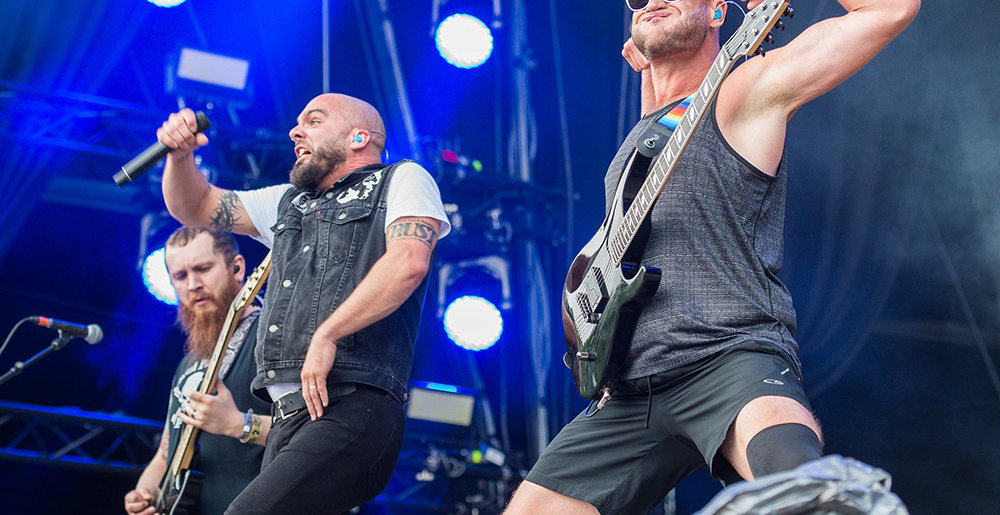 Killswitch Engage released Atonement on August 16, 2019, a good six months before the pandemic changed everything for everyone. The band got in one solid European tour in the autumn of 2019, then their March U.S. tour was cut short just two days in, meaning they never were able to properly tour the album.

To make up for lost time, Killswitch want to tour a bit on Atonement before moving on to their next album. But they’ve also already begun thinking about new material.

Speaking to the legendary WSOU radio station at Seton Hall University in New Jersey, frontman Jesse Leach revealed that, while the band still plan to get their live kicks in on Atonement, they’ve already started working on new music. At least that’s what he thinks the “guys who hold instruments” are doing!

When asked about new material, he explained:

“As far as I know, and the way that this band works, is all four of those guys who hold instruments come up with demos and riffs or parts of songs, and that process has begun, as far as I know, ’cause we did have a meeting about it on the Slipknot tour.

“So the idea was, and this all depends on where touring goes — and we do have plans for other tours through the summer [and] at the end of the year — so depending on where the world is and [whether] we have access to [other] countries, we could potentially be touring on ‘Atonement’ for this year, for the most part, trying to make up for lost time.

“But there was discussion [about] at least starting to demo and get the ideas together for a new record this year. But, again, we don’t know what the world’s gonna hand us. It’s such weird, uncertain times. But I know the wheels have started to turn as far as getting a concept and an idea to get the guys to start to write parts and stuff like that. So only time will tell. I wouldn’t expect it to be coming out this year, but at least the ideas and the writing and the demos will start this year.”

Killswitch Engage have averaged three to four years between albums recently, so a 2023 release would put them right on pace for that.

But first, touring: what have the band got up their sleeves for later this year? I expect we’ll find out soon. We’ll keep you posted.