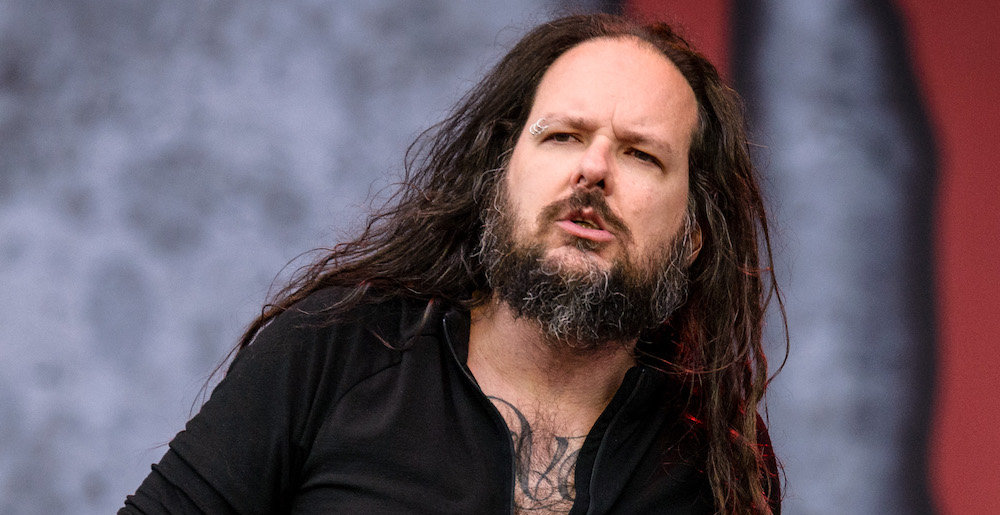 Photo by pitpony photography, via Wikipedia.

Jonathan Davis Names the Korn Album Where They “Failed Miserably”

We’d be hard-pressed to think of any band who have a truly sterling catalog. Bands who have been around for long enough get tired, distracted, and obsessed with concepts that maybe aren’t right for them, and that results in some true stinkers. Now, Korn frontman Jonathan Davis has revealed which one of the band’s albums he considers a failure — and at least it’s refreshing to hear him be so up-front with it.

In a new interview with Music Feeds, Davis was asked if any of Korn’s records left him feeling “flattened by the reaction.” The vocalist’s answer: 2010’s Korn III: Remember Who You Are. Why does he dislike it so much? It’s all explained in the album’s title:

That was hard because we were trying to recapture something and it was way in the past and we failed miserably. I mean, I like the record, but it wasn’t fun to make because Ross [Robinson] was doing his methods and he really turned them on really hard. And it was just a fucked up, weird time in the band when we did that.

So there you have it — if you’re bumping Korn III at any point, just know you’re listening to a monument to compromise.

Korn’s latest, Requiem, is out this Friday on Loma Vista, and is available for preorder. If you want to catch the band live, use this convoluted secret code of tour dates and asterisks to determine where you might see them:

Metal Sucks Greatest Hits
0 -
Listen to Metallica’s “Nothing Else Matters” in a Major Scale
540 -
Worst Year Ever: All of Our 2010 Year-End Sh*t in One Place
7590 -
If I Read One More Thing About Arcade Fire I Am Going To Puke
0 -
What is the best subgenre of metal?? *please read*
880 -
The Looks That Kill: God Forbid’s Doc Coyle on the Role of Image in Music
0 -
Unearth are the Slayer of Metalcore