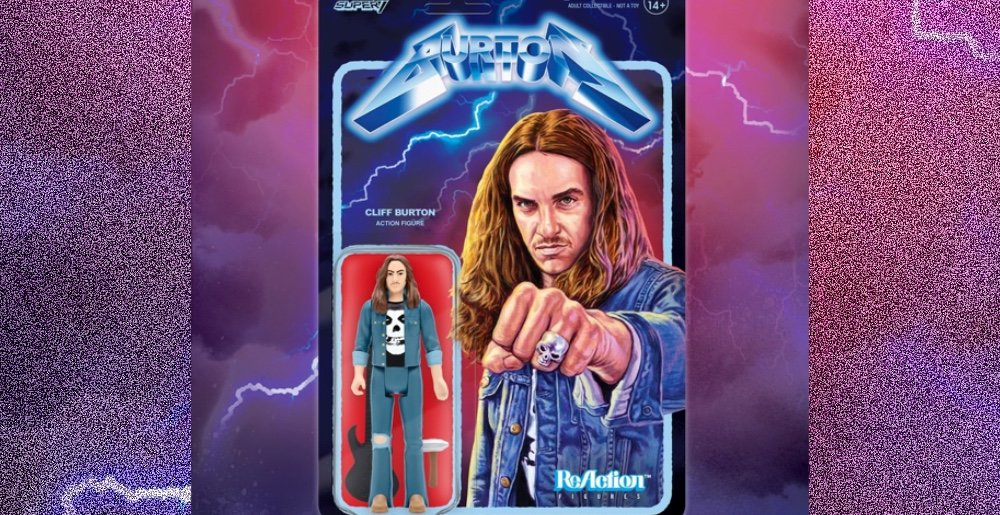 Metallica’s Cliff Burton Gets His Own Super7 Action Figure

Earlier this week, we reported on late Exodus frontman Paul Baloff getting his own ReAction Figure from toy company Super7. Now, it looks like Super7 has decided to create a figure of heavy metal’s ultimate fallen hero: Metallica bassist Cliff Burton.

In case you just stumbled into MetalSucks like you came to Santa Fe to window shop and accidentally ended up at The Matador — legendary Metallica bassist Cliff Burton was killed at age 24 during a bus accident in Sweden in 1986, where Metallica were touring in support of their album Master of Puppets. The bus carrying the band allegedly hit a patch of black ice, spun, and flipped. Burton, the band’s laid-back punk rocker who famously saw his first big paycheck and talked about how he could finally buy a house and build a life, was crushed, and killed. His death remains metal’s greatest tragedy; if we could travel back through time and take his place, we would.

Also included with the figure is his bass, obviously, and a hammer, a tool that Burton reportedly took with him wherever he went. That little detail alone makes us want this thing so bad. And while we think the whole don’t-take-it-out-of-the-package thing is the height of nerd bullshit, we gotta admit that the art by thrash legend Ed Repka — one of our 12 behind-the-scenes people who defined metal as we know it — is the kind of thing we’d want to hold onto.

Check out the figure via Super7’s Instagram below. The toy goes on sale on February 10th, this Thursday.

Metal Sucks Greatest Hits
0 -
What Will Happen When a Member of Metallica Dies?
0 -
The Secret 2 a Successful Career in Music
0 -
Heavy Metal Drinking Games
0 -
Why are metal fans hopelessly stuck in the past??? :(
0 -
It’s Time to Stop Thinking of Women in Metal as WOMEN in Metal
1840 -
The Final Word on Metal Drumming