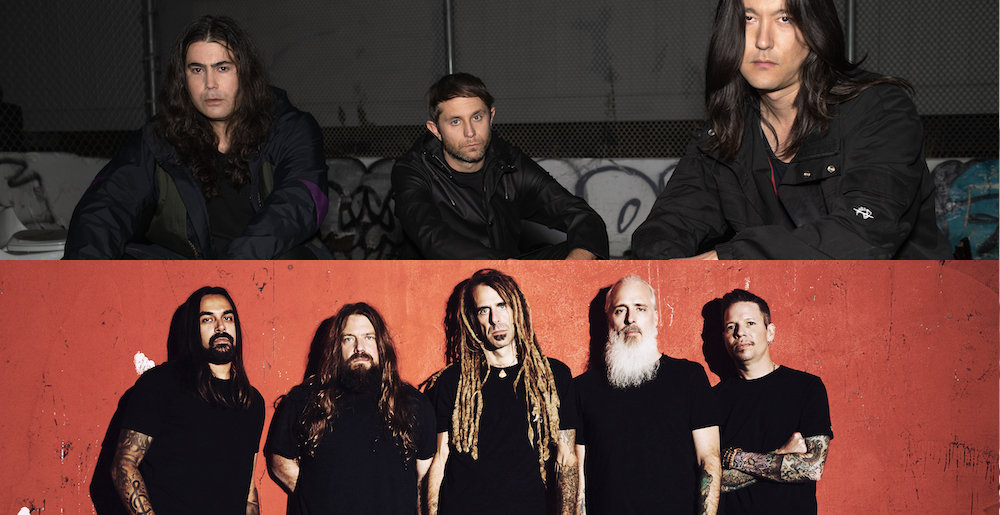 Electronically-oriented hard rock act Health have been doing some rad-ass collaborations lately for their upcoming DISCO4 :: PART II album. First, the band worked on a track with Nine Inch Nails; then they did a song with Chino Moreno; finally, they collaborated with Poppy. But now, the LA-based band have gone full metal on their new track with Lamb of God, which dropped today.

The song, “COLD BLOOD,” is actually a pretty good merging of Lamb of God’s thousand-ton groove metal and Health’s eerie electro-rock. The one thing is that the two styles never full blend — it’s Lamb of God section, Health section, repeat. That doesn’t mean it’s bad, and in fact it has kind of a rap-battle vibe to it, like these vengeful metalheads live in an apartment next to these weirdo industrial kids, and the two are trading blasts through the wall.

The video, meanwhile, is the kind of spooky cartoon one would expect to see in the margins of the notes of the kid in class you want to get to know but are a little afraid of. Which is a wonderful metaphor for this track, when you think about it!

Check out “COLD BLOOD” below. The song will be featured on Health’s album DISCO4 :: PART II, the sequel to DISCO4 :: PART I, the latter of which featured collaborations with 100 gecs, JPEGMAFIA, Soccer Mommy, Full of Hell, Ghostemane and more. The Nine Inch Nails and Poppy collabs will also be featured, but a glance at Spotify suggests that the Chino song ain’t on there.

Meanwhile, fans can catch Lamb of God at one of their upcoming dates with Megadeth, Trivium, and In Flames:

Metal Sucks Greatest Hits
0 -
Editorial: The Metal Community Must Stop Letting Phil Anselmo Off the Hook for His Racist Remarks
0 -
Ex-Attack Attack! Vocalist Caleb Shomo is Smarter than John Holgado
0 -
Rigged: Nile’s Karl Sanders
0 -
This Dude Sounds EXACTLY Like Layne Staley
0 -
BREAKING: Slipknot Guitarist Mick Thomson Stabbed in the Head by Brother
0 -
Why There Will Never Be Another Metal Band as Big as Metallica