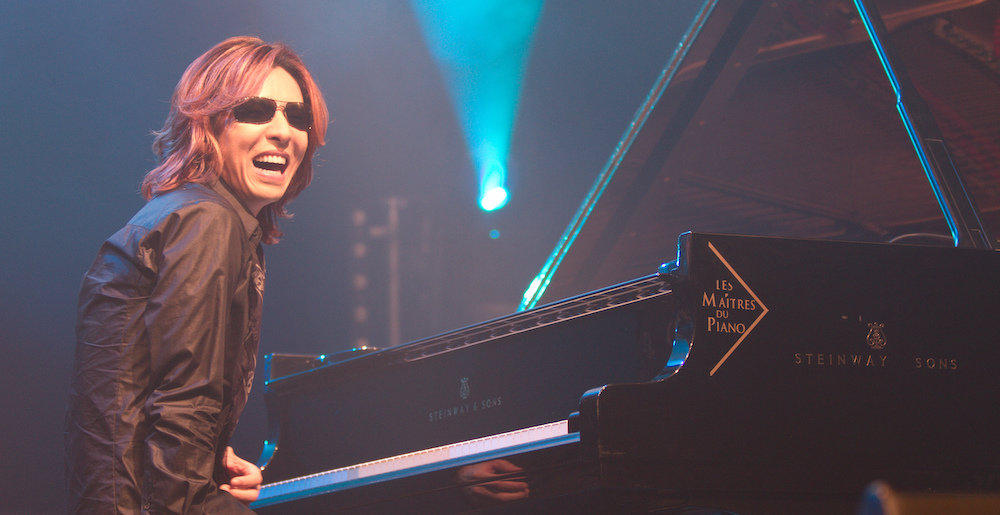 Yoshiki by Georges Seguin, via Wikipedia.

For those who don’t know, X Japan are a renowned Japanese band and the founders of a style known as ‘visual kei,’ which is like ultra-dramatic, ultra-virtuosic glam metal (this is a very simplistic description, but will give you an idea of what they do). For millions of listeners, X Japan are one of the world’s most epic bands, and their drummer, piano player, and bandleader Yoshiki is considered by many to be a world-class songwriter and composer. Now, Yoshiki has proven that he’s also a generous and charitable dude by personally donating ¥10,000,000 — approximately $87,000 USD — to the Ukraine Humanitarian Crisis Emergency Assistance Fund. Not only that, but he’s rallied his fans to donate — and they came the fuck out.

According to Blabbermouth, Yoshiki announced a call to action on his Twitter account, which has some 870,000 followers. This morning, Yoshiki posted ¥408,325,066 — which Google converts into approximately $3.5 million USD. Holy SHIT, we though we were generous sending $40 to Vogg from Decapitated while he hands out supplies along the Polish border.

Cheers to Yoshiki for doing so much for this cause. We tip our hats to you, dude.

Did you all catch all the internet footage of Beyonce’s […]

Today in metal is like Japan day, with announcements of […]