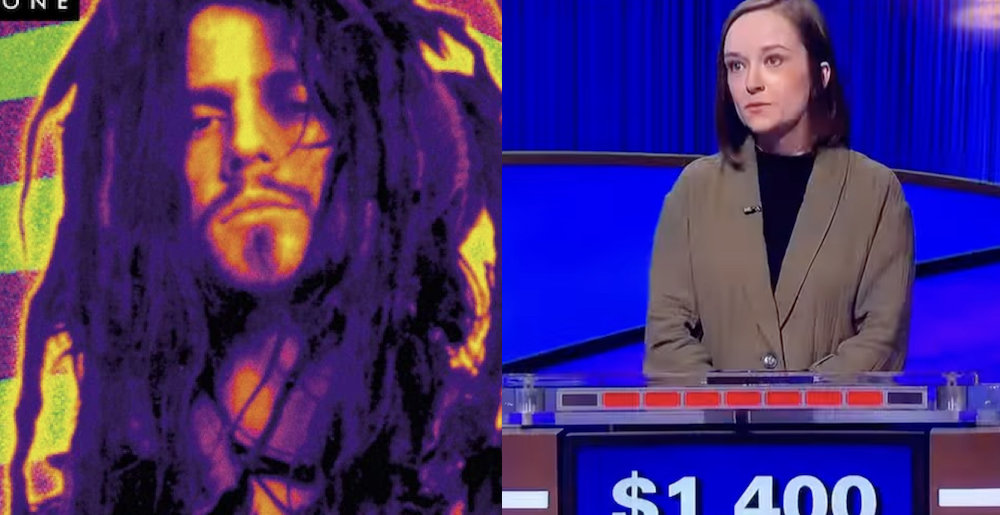 Rob Zombie’s Pre-Fame Job Was a Question on Jeopardy!

There are plenty of rock stars who we can’t imagine even existing before they were onstage screaming at thousands of people, much less serving burgers or changing oil. But despite his epic stage show and larger-than-life appearance, Rob Zombie‘s not one of them, if only because he’s always been incredibly vocal about all the hard work and tireless dedication that has gone into every single thing he’s done. Now, one of Rob’s pre-rock star gigs has come up as a bizarre Jeopardy! question, though the question did not require very in-depth knowledge of Rob’z history.

The question, as featured on Zombie’s Instagram, was, “Rachel Maddow and Rob Zombie have worked as urban messengers on these.” To which contestant Caitlin tentatively said, “Bicycles?” To which host Ken Jennings replies, “Yes, but probably not together.” To which Caitlin sort of laughs. She seems fun!

This is, of course, true — during White Zombie’s early days, when Rob and bassist Sean Yseult lived together in a horrible New York City tenement apartment and scrounged for whatever money they could use to buy stage lights and denim jackets, the singer was a bike messenger, which in NYC is about as safe playing Russian Roulette.

Rob, meanwhile, is not so much of a rock star that he’s unimpressed that Jeopardy! would feature little old him:

Check out the clip below:

Metal Sucks Greatest Hits
0 -
Gear Geek: Periphery’s Misha Mansoor Answers Your Latest Questions About Guitar Gear
0 -
Former Attack Attack! Bassist John Holgado is the Stupidest Human Being Ever
0 -
Anthrax’s Frank Bello is Really Excited to Be Here, Not at All Concerned About Swallowing Bugs
250 -
Worst Year Ever: All of Our 2011 Year-End Sh*t in One Place
0 -
Iudicia is Your New Favorite Band
0 -
Exclusive Interview: Damien Echols of The West Memphis Three on His Life After Death