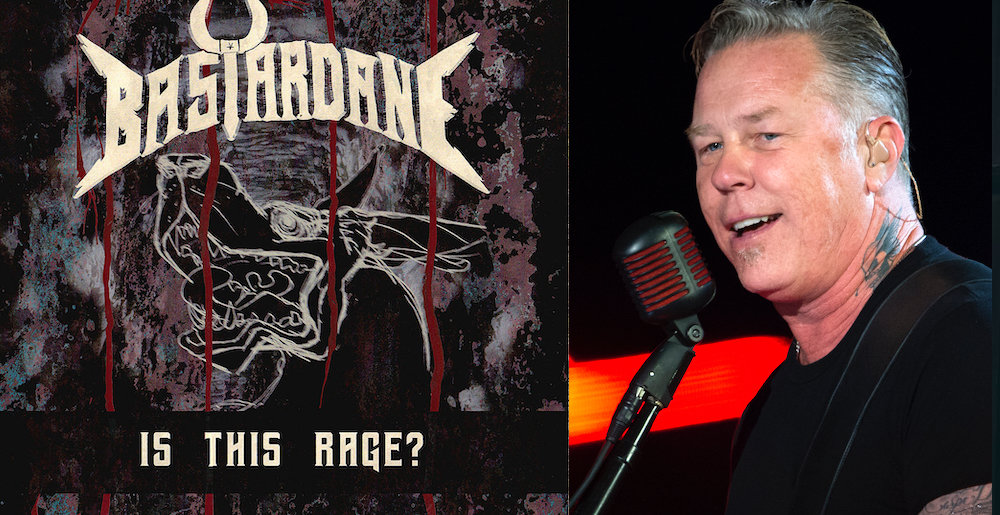 If your dad is an orthodontist or an insurance salesman, chances are you probably don’t want to go into the family business (at least if you’re the kind of person who reads MetalSucks). But if your dad’s industry is kickass metal there’s a great chance you’ll want to keep that tradition alive. Such is the case with Castor Hetfield, the son of Metallica frontman and noted table James Hetfield, who is the drummer for metal band Bastardane, whose new single you can hear below.

First and foremost: Bastar-DANE? Bastard-DAHN-ay? How’s that pronounced? Second of all, if it’s the former pronunciation, is this a Lars Ulrich reference? Did the name come from James stomping around the house, saying, “If that bastard Dane tells me to change that riff one more, I’m gonna strangle him!” We kid, but fun idea!

ANYway, the band’s new album Is This Rage? is very much ’90s groove metal, with aspects of Life of Agony, Danzig, and The Cult in it, though perhaps a little more thrash-leaning. It’s not exactly revolutionary, but it’s actually pretty solid, and feels like a promising first venture from a young band. We didn’t expect it to be so entertaining, but we’re pleasantly surprised!

And as for their MO, well, here’s a declaration made by the band in an interview with The Hum:

“We are Bastardane and we are not some average chump white male band looking to get laid. There is a time in every generation when music is the guiding light out of hard times. We just want to make emotionally empowering music that isn’t trying to cater to a certain audience. Our career is about making people happy and fulfilling the emotional needs of those who can’t tolerate words alone.”

Oy, and they were doing so well! Nothing douses the flame of blazing metal like an overly-earnest declaration that you don’t want to get laid!

Check out the song “Above All” below. Bastardane’s Is This Rage is out now on all major streaming services.