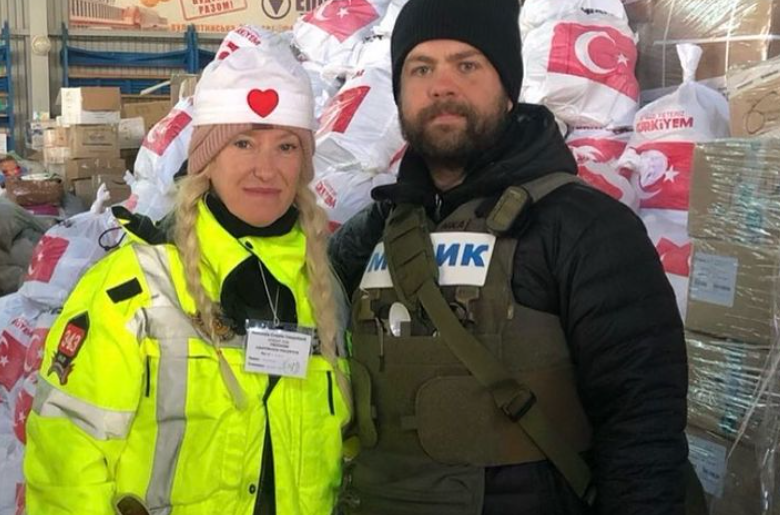 Jack Osbourne is a man of action, you can say that. The 36-year-old son of Ozzy Osbourne said in an Instagram post yesterday that he has returned from a trip to the Romanian/Ukrainian border to do volunteer work with refugees evacuating Ukraine.

“I’ve been very hesitant about posting this because I didnt do this for attention and I’m sick of seeing people doing stuff for causes just so they can post about it. I did this because I felt compelled to help and posting a flag or whatever just doesn’t quite feel like enough.

“Last week I returned from an incredibly eye opening and profound trip to Romanian / Ukraine border. I volunteered with a organization called @thirdwavevolunteers We were tasked with providing medical help to special needs orphans who were being evacuated from Ukraine with the help of another NGO. Although while I was there we were unable to get the children out, the NGO have began to evacuate them now, thankfully. I saw aspects of humanity at its worst yet also at its greatest. Whilst working along the border I saw waves and waves of refugees, mainly women and children all fleeing their country in hopes of finding safety. Fear and uncertainty was the most common feeling that was being portrayed. The Romanian border was organized and full of resources.

“You can watch the news all day, but it does not even being to portray the real story.

“I’d like to thank the team I was working with, for the sake of security I won’t name them here, but you know who you are.”

We’d like to applaud Jack for going out of his way to help instead of just posting a flag on social media about it, as he said. The flag equivalent of ‘thoughts and prayers’ is just a cop-out for virtue signaling ass-clowns who want to feel like they’re on the right side of an issue while doing nothing to help. Jack was able to help and he did.

According to CBS News, 10 million civilians have evacuated their homes in the wake of Russia’s invasion, 60% of whom have gone to Poland and 300,000 of whom went to Romania among other countries. The US also recently announced that it would accept 100,000 Ukrainian Refugees as well.

If you would like to contribute to Ukraine, you can check out out ongoing list of metal artists’ initiatives here. You can see Jack’s full post and pictures below.

The dude puts his money where his mouth is.

Right the hell on.