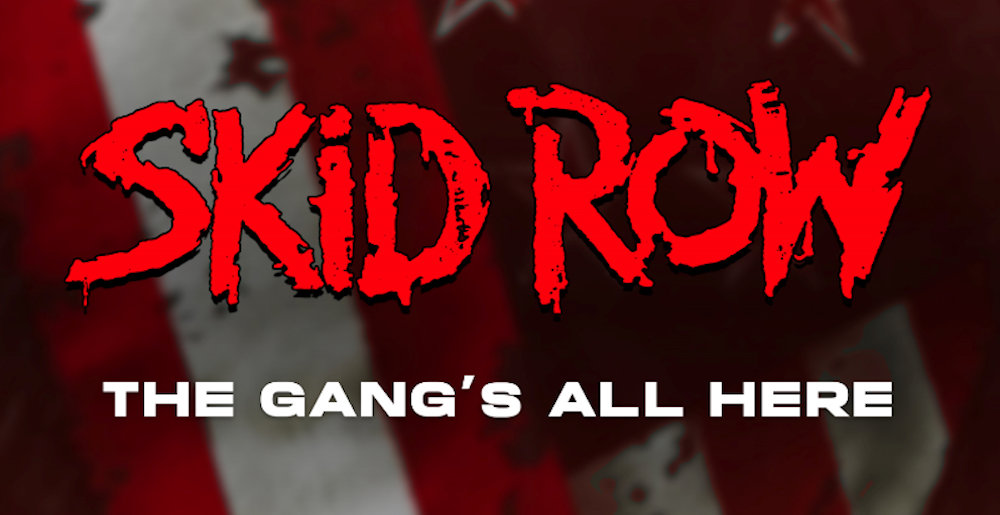 One day after we reported on hair metallers Skid Row announcing their new frontman Erik Grönwall, the band have announced their first full-length album with the singer.

The new Skid Row is titled The Gang’s All Here, and will see the light of day on October 14th from earMusic. The album is already available for preorder.

The first single is the title track, and while it doesn’t reinvent the wheel, it’s definitely a good one for Grönwall to get started on. It’s got a big chorus, and a lot of fun lyrics about partyin’ with the boyzzz and all that manic stuff you’d put on a sleeveless Skid Row shirt for. You don’t have your new frontman launch his tenure in a band with some challenging concept record nonsense, you let him live his dream, and you can hear Grönwall doing just that in the track.

“We are beyond excited to release this record. It has been a long time in the making and a lot of hard work has been put into it by the band and our producer Nick Raskulinecz. And the addition of Erik has lifted the songs to new heights. Add all this to the fact that we start our world tour in Las Vegas with the Scorpions residency this Saturday at Zappos Theater makes it easy to say that Skid Row is going to have a great year.”

Good times. Listen to the track below, and then scroll down for the record’s tracklisting and cover art:

Skid Row’s The Gang’s All Here:

Old beefs die hard when it comes to these aging rockers.

Metal Sucks Greatest Hits
0 -
A Detailed Analysis of Slipknot’s New Masks
0 -
Former Attack Attack! Bassist John Holgado is the Stupidest Human Being Ever
7810 -
Does Anyone Know What the Hell Clown from Slipknot Is Talking About?
0 -
Review: Megadeth’s Super Collider is a Super Catastrophe
0 -
Joey Jordison Claims He Was Fired from Slipknot Via a Singing Telegram
540 -
Worst Year Ever: All of Our 2010 Year-End Sh*t in One Place