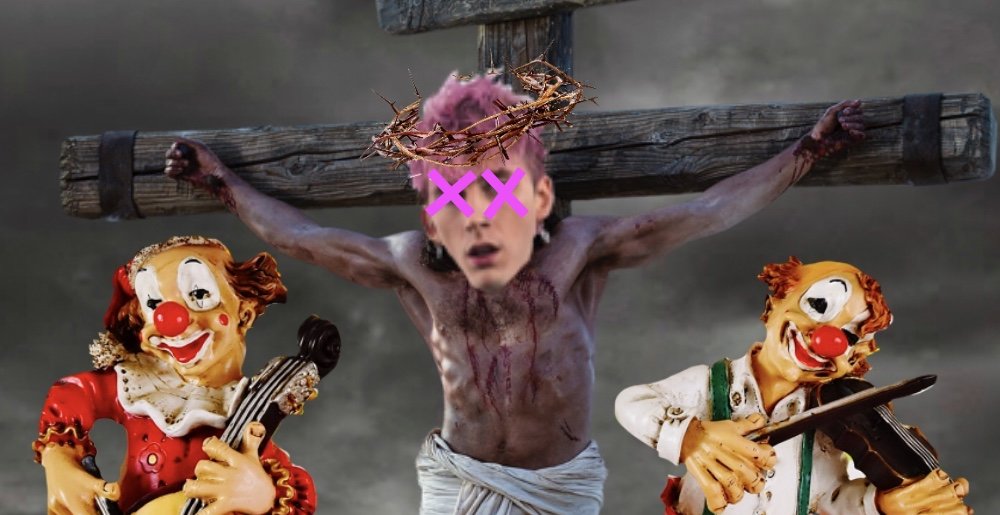 The following editorial is solely the opinion of MetalSucks writer and editor Chris Krovatin, AKA Emperor Rhombus, who’s just some dude in his 30s. It reflects his views, and his views alone.

Last week, Billboard published an interview with rapper-turned-pop-punk musician Machine Gun Kelly, in which he claimed that rock was dying, and he brought it back to life with his recent output. ​​“It opened the lane back up for people to make money,” explained Kelly. “It opened up these festivals…[Rock] needed a defibrillator. Who cares who gives it, just as long as that motherfucker doesn’t die?…The 2010s was great for singers and rappers, and I was part of that. But I think we needed something else: we needed an instrument.”

With this statement, Machine Gun Kelly joins a long line of musicians who have declared that rock is dead, or the guitar is over, or that rap and EDM are the only types of music that people care about these days. And like all of those before him, he is wrong. Rock didn’t die, and it didn’t need saving. Fickle mainstream audiences simply pointed the spotlight elsewhere. And if you’re not willing to believe in rock as it gets smaller, weirder, and less popular, then honestly, you don’t deserve it in the first place.

The claim that rock is dead or rock was dying is, by now, an old one (for all of his talk about the youth of today, let’s remember that MGK is in his thirties). It always comes around when interests move away from rock, and fans who enjoyed the genre’s surface level can’t fathom a world where their favorite bands have to play tiny venues, and maybe work a side hustle. To them, unless it’s all arena shows, backstage champagne, and kids recognizing you on the street, rock is somehow a hapless, floundering creature. The argument usually goes hand in hand with lamentation that bands who existed at very different times in history aren’t being matched today. Why isn’t rock topping the charts? Where’s the next Zeppelin? Where’s the next Metallica?

The next Metallica, for the record, is toiling in the underground. They’re laying down five to ten years of hard work and songwriting before blowing up, just like their musical idols did. But the venues they’re playing are often tiny and grimy, the fans they’re making are unpopular for not liking what everyone else does, and the music they’re making is often being ignored, because, well, because they’re not rock stars yet. Because the same people claiming rock is dead are passing on their early albums, saying, I’ve never heard of these guys, so how good can they be? The truth is that one needs to dig to find exciting rock music these days. If the underground is so awful to you, if you need someone to thrust a band in your face and say, This is what’s cool, then maybe you’re the reason that there’s no new Metallica.

In 2022, it’s hard to determine what exactly the underground means anymore. With the Internet at our fingertips, every band and all of their music is available in three clicks or less. But as with so many aspects of good art, you know it when you see it. There’s a crackle to the underground, an honesty that feels good even if it means that everything’s cheap and the cops might show up and shut it all down. And sure, we’d love our friends in these low places to get paid more, and feel professionally secure, and be able to afford health insurance. But we also all know that the quickest way to kill what we love in its infancy is via direct exposure to fresh air and sunlight. People who want everything to be a rose garden just can’t see the beauty in an elaborate mushroom.

Because really, is that what we’re supposed to want – the fucking mainstream? The thing that exists to dull the blades that cut right to our hearts? We’re supposed to cheer on metal and punk’s chances at getting a seat at a table where everything tastes like candy-flavored oatmeal? I’ll be the first to admit that metal has severe issues with gatekeeping assholes and people who make towering mountains out of molehill problems. But first off, when you claim you saved rock by showing up and embracing it, you’re the gatekeeper. And second, every time our favorite music gets accepted by the mainstream, it gets watered down until it tastes like nothing. It happened to hair metal, it happened to nu-metal, and we’d be unsurprised if it happens to the current crop of young rockers insisting that the most popular opinion should be the dominant one.

Obviously, metal’s standards can’t be applied to every genre of rock. Pop-punk came about when underground punk kids aggressively courted what they were told to avoid – melody, catchiness, a sense of fun. But at the same time, those young bands were fed on a weird musical diet of everything from local hardcore to gangsta rap to the uncool metal their parents loved. And they went out of their way to be untouchable, giving songs titles like “Dicklips” and “My Girlfriend’s Dead.” There was never a worry about if rock was going anywhere, because they were in the underground making it. What were the kids into? They didn’t care. They were the kids.

A couple of years ago, I wrote a piece about the Ronnie James Dio hologram touring the country, which I thought was a ghoulish black eye on Dio’s legacy. After I published it, the tour’s organizers contacted me explaining why I was wrong, claiming that without these shows, younger generations wouldn’t know Dio’s work. But I think that’s bullshit (and not just because no one under 35 was attending the hologram shows). I found Dio as a teen during the height of nu-metal, when no one liked him. How? I dug. I’d heard stories, and wanted to know. No one had to give me rock, or save it for me, I found it and took what I wanted from it. So will kids today, and so will kids forever, with or without some mainstream star screaming about how lucky we all are to have a dude like them making rock music.

If a new generation discovered rock, it’s because rock went underground. They fell in love with emo and pop-punk and black metal because it wasn’t what they were being fed by everyone else. Maybe Machine Gun Kelly is right, and rock was having a significant lull in popularity six to ten years ago…but that’s exactly what drew kids to it. His taking credit for rock’s revival actually does the genre a disservice. Now, an even younger generation is going to see rock as polished horseshit that insists upon itself. They’re going to want nothing to do with it, and look elsewhere. Eventually, they’ll come back around, because everything does – emo, nu-metal, it all rises from the dead. Claiming you brought it back to life just proves that you never understood that in the first place.

Because here’s the thing: maybe I am just a grumpy old man (I’m a 36-year-old dad – what do I know, right?). Maybe I don’t get Machine Gun Kelly on a fundamental level. But I can tell you one thing: there’s nothing less rock and roll than declaring yourself the savior of rock and roll. The minute you make it all about yourself, you suck. Even if you contributed to the cause, demanding to be recognized as its figurehead is the most pitiable shit imaginable. Sure, yeah, everyone’s happy you brought a case of beer to the party. Good looking out. But getting up on a chair and yelling, You owe me? Get the fuck outta here, dude. Someone would’ve gotten beer eventually.

Metal Sucks Greatest Hits
0 -
Phil Anselmo on Hearing the End of Pantera’s “Hollow” for the First Time: “I Was Floored…”
0 -
MetalSucks Readers Declare Pantera The Most Unnecessarily Shat Upon Band in Metal!!!
0 -
Former Attack Attack! Bassist John Holgado is the Stupidest Human Being Ever
0 -
11 Bands You’d Get Made Fun Of for Liking Back In The Day
1230 -
Loutallica’s LuLu: The MetalSucks Reviews
0 -
Rigged: Luc Lemay of Gorguts