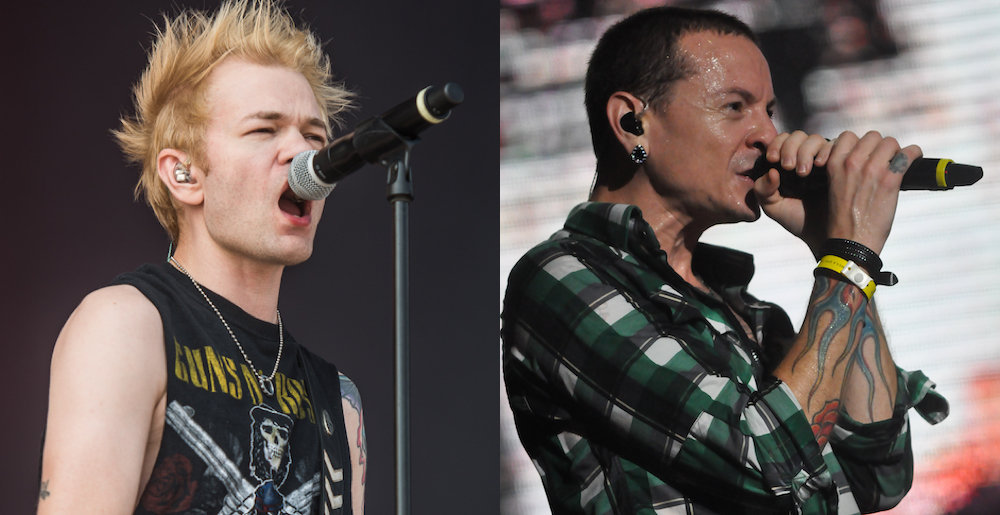 At the 2018 Reading and Leeds Festival, Sum 41 frontman Deryck Whibley performed the Linkin Park track “Faint” alongside Mike Shinoda. This apparently led many to question whether or not Whibley could be a replacement for late singer Chester Bennington in Linkin Park. But Whibley is apparently smarter than those people, having responded to the idea in a recent interview in which he basically says, No, HELL no, are you out of your fucking mind?

The interview went down with Hatebreed frontman Jamey Jasta on the vocalist’s podcast/web series The Jasta Show. Jasta asked Deryck if he’d ever consider joining Linkin Park as Chester’s replacement. His response, as transcribed by Blabbermouth:

“I think that’s an impossible task; I think those are impossible shoes to fill. I don’t know if they’re ever gonna do anything. I have no idea what that’s gonna look like or who that could be.”

Jasta went on to say that Whibley’s vocal style would be a good fit, but Deryck was firm:

Jamey then asked if he’d take up the mantle if the band asked him to, but once again, the pop-punker was resolute:

“That is such a non-possibility that it’s too weird to even, like, sort of ‘joke think’ about it. [Laughs] I don’t know. I don’t know how someone could fill those shoes. I think it would be tough.”

From all of us at MetalSucks, Mr. Whibley, BRAVO, dude. This was 100% the moment when a less intelligent or savvy individual would run their stupid mouth and say some regrettable shit. But you rose to the occasion by offering the only answer one reasonably could in that situation: Absolutely not, and I can’t believe you’re even asking me that. We salute you, man. Thank you for not being a dumbass.

Check out the full interview below, followed by the performance of “Faint:”

The Webernets 0
Linkin Park’s Mike Shinoda Thinks Musicians Are Overly Pressured to Be Social Media Stars: “Every Artist I Talk to Right Now Has This Feeling”
May 25th, 2022 at 8:23am Emperor Rhombus

“The time they spent generating mind numbing ‘content’ might have been at the expense of the best song they never wrote.”