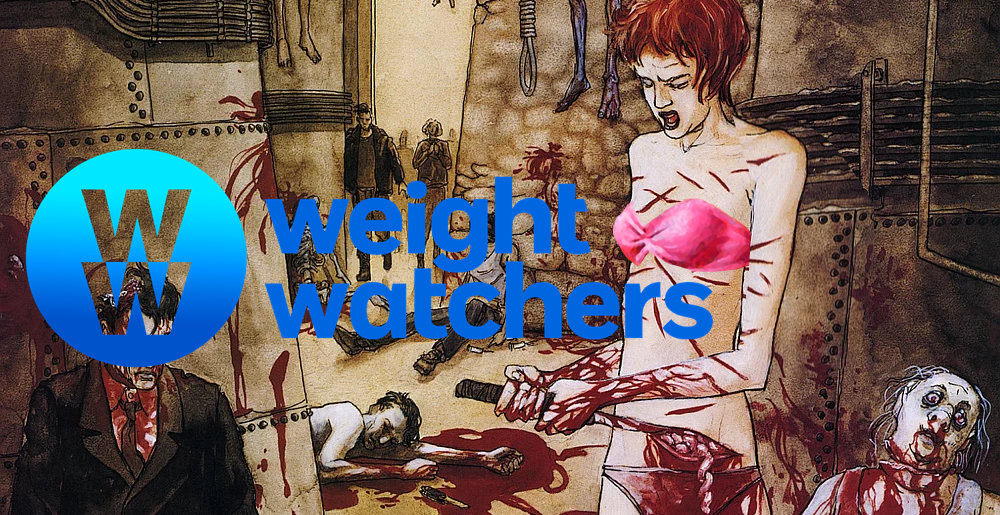 Corpsegrinder Lost Nearly 50 Pounds With Weight Watchers (and You Can, Too!)

Real talk, dealing with your weight is no fun. Whether you’re adopting a trendy diet in order to change your eating habits or just crushing it at the gym to melt off some of the extra layers of IPA surrounding your gut, shedding poundage is often a sweaty, exhausting affair. But now, Cannibal Corpse vocalist George “Corpsegrinder” Fisher has revealed that he lost 50 pounds via a tried-and-true method: Weight Watchers.

During a recent appearance on the Vox & Hops Podcast, Corpsegrinder discussed his weight loss, and apparently Weight Watchers has been a huge boon to him. The death metal titan revealed that he started the program in July of 2021 alongside his wife and eldest daughter. When he began, the dude weighed in at 309 lbs, which, yeah, is a bit much.

According to Corpsegrinder, he noticed the difference upon playing at Psycho Las Vegas (as transcribed by Loudwire):

And apparently, that’s not the end of it. Corpsegrinder says he intends to keep going and lose even more weight…

“…cause I know how much better it made me feel, as far as being onstage. I’m not getting any younger, so you’ve gotta take care of yourself. And I really feel that it helped me.”

Fuck yeah, George! We hope you trim down as much as you want to. As a dude who’s spent his whole life dealing with weight and health issues, I salute you.

Check out the full interview below, and catch Cannibal Corpse at one of their dates with 200 Stab Wounds and Sanguisugabogg listed below: