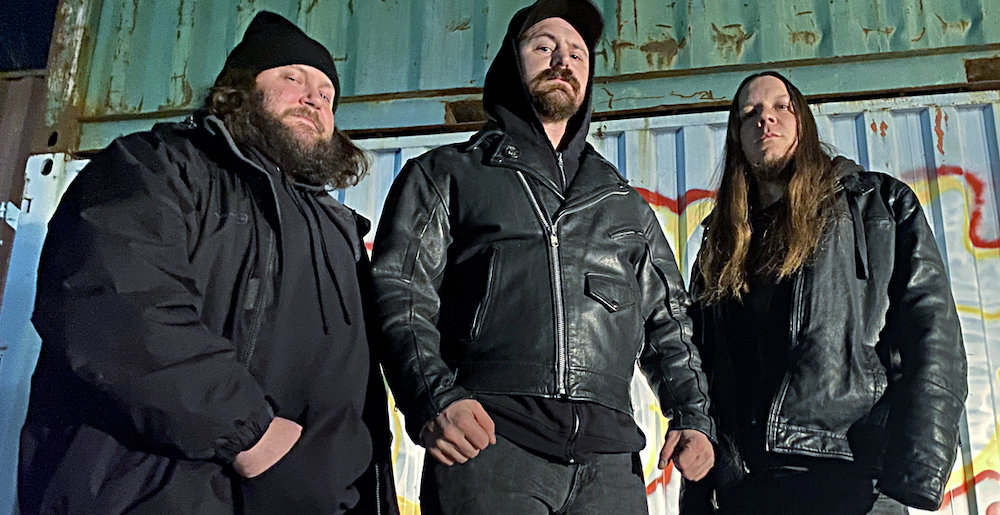 If you’re gonna be sick, you better be so sick that we can’t help but cackle at it — which is why we’re here for Elbow Deep. The Chicago-based death metal trio come armed with all the album titles, song names, and repulsive horror movie samples to their music that’ll make listeners chortle at the sheer ghoulish overkill of it all. That said, it don’t mean a thing if it ain’t got that swing, and Elbow Deep definitely bring the death metal to back up their gnarliness. The band’s music has an awesome old-school grind while still enjoying the playful rhythms that make it more than just an hour-plus of roaring and stomping. It’s a lot of fun to listen to these guys, even if all of the songs have names which you can’t say in front of your mom.

One might see the cover of the band’s new album Homeschool Shooter and think, ‘Oh no, maybe Elbow Deep have lost some of their edge since 2019’s Bodily Fluids‘ (we don’t know why you’d think that, you just might). But don’t worry, these guys have only increased both their songwriting technique and their thematic repulsiveness. Songs like “Cancer Happens, Deal With It,” “Kill All The Women, Then Cut Off Our Dicks,” and “Iron Butterface” prove that not only are Elbow Deep still out to make you bust up laughing as your gorge rises, but also that they’re still ready to make some incredibly ugly, entertaining death metal.

Check out our exclusive advance stream of Elbow Deep’s Homeschool Shooter below. The record drops this Friday on Horror Pain Gore Death, and is available for preorder.