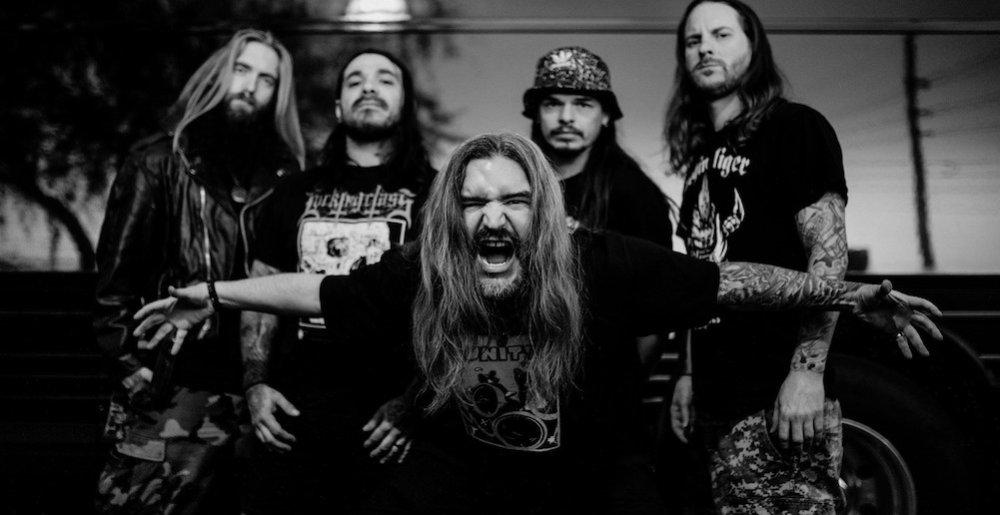 Like so many of their deathcore brethren, Suicide Silence definitely moved in a more commercial direction over their career, though they never fully bought into that deal-with-it-I’m-all-about-that-life attitude the way some others did. However, a couple of days ago the band released a new standalone single this week named “Thinking In Tongues,” and it’s definitely a lot heavier than anyone of us probably expected.

Say the band regarding the new song:

This song derives from the chaotic feeling of losing one’s mind. Feeling like you’re choking on every breath you take until you eventually break. Debilitating confusion sets in and your mind begins ‘Thinking in Tongues’; essentially processing thoughts that not even you yourself can understand. In a sense, this song evokes the ultimate sense of helplessness.”

Let’s see if this will lead to a new album, but as of now, it’s just a single. The track, it should be noted, is the last piece of music the band recorded with drummer Alex Lopez, who left the band at the end of April.

Check out “Thinking In Tongues” below, and get tickets to see the band at one of their upcoming dates with Carnifex:

New Stuff 0
Suicide Silence’s New Single Reminds You of Your Mortality with “You Must Die”
August 31st, 2022 at 11:37am Hesher Keenan

The music video will premiere at 1 p.m. EST