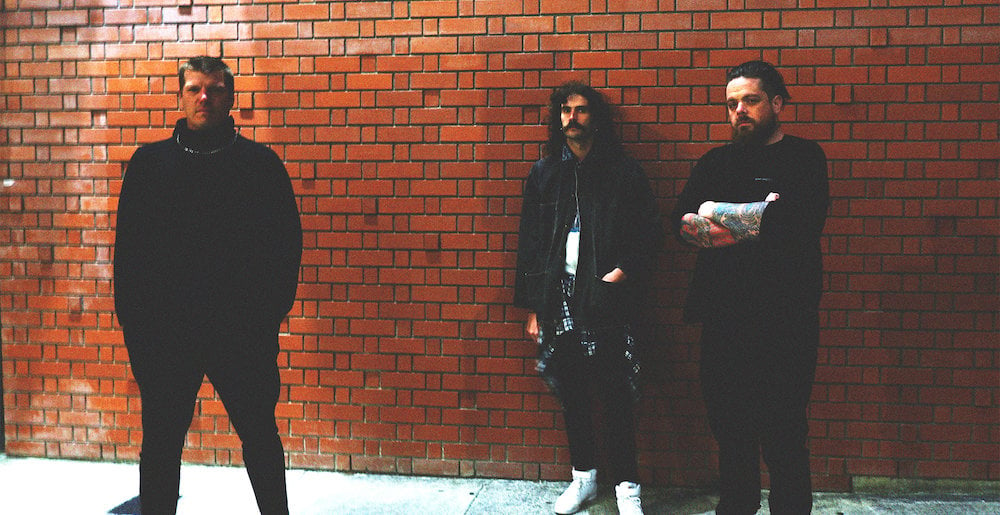 Any metal band can write an album dedicated to Satan and death, but it takes an outfit like Tuscoma to write a record named after a high-end fashion brand. But that’s exactly what the New Zealand trio have done with their upcoming release Gu-cci, which challenges the extreme metal mold in a way that will excite fans of Imperial Triumphant or The Ominous Circle. According to the band, the record…

On their new single “Impeccable,” Tuscoma definitely stay true to their mission statement. The black metal influences are obviously here, but they’re tempered by unexpected moments of swinging momentum and math-ish disharmony. Meanwhile, the track never gets bogged down in its own extremity, but instead feels sharp at all its angles, driven by a sense of excitement and contempt. If this music were all mired in anti-cosmic horror or Luciferian philosophy, it might be tiresome, but couched in Tuscoma’s fashionable subject matter — you gotta love that song title, man — it actually has a bizarrely fascinating edge to it, challenging the core of how we understand both glamor and extreme music. Imagine someone listening to this track as they put on their platinum cufflinks before a night out at a gala.

In the words of bassist Craig Leahy:

“‘Impeccable’ is the most accurate representation of where Tuscoma’s mindset was coming into writing Gu-cci. Everyone has their own rules on what a blackened band has to represent, what they have to sound like. Fuck that, it’s all fashion baby!”

Check out our exclusive premiere of “Impeccable” below. Tuscoma’s Gu-cci drops June 30th via Landmine Records, and is available for preorder.

Metal Sucks Greatest Hits
0 -
Jack Daniels Releases Single Barrel Whiskey in Honor of Motörhead
0 -
Exclusive Interview: Damien Echols of The West Memphis Three on His Life After Death
0 -
Why There Will Never Be Another Metal Band as Big as Metallica
0 -
The 110% Totally True Confessions of a Left-Wing Conspirator
0 -
Listen: Every Dillinger Escape Plan Song Played At Once
540 -
Worst Year Ever: All of Our 2010 Year-End Sh*t in One Place