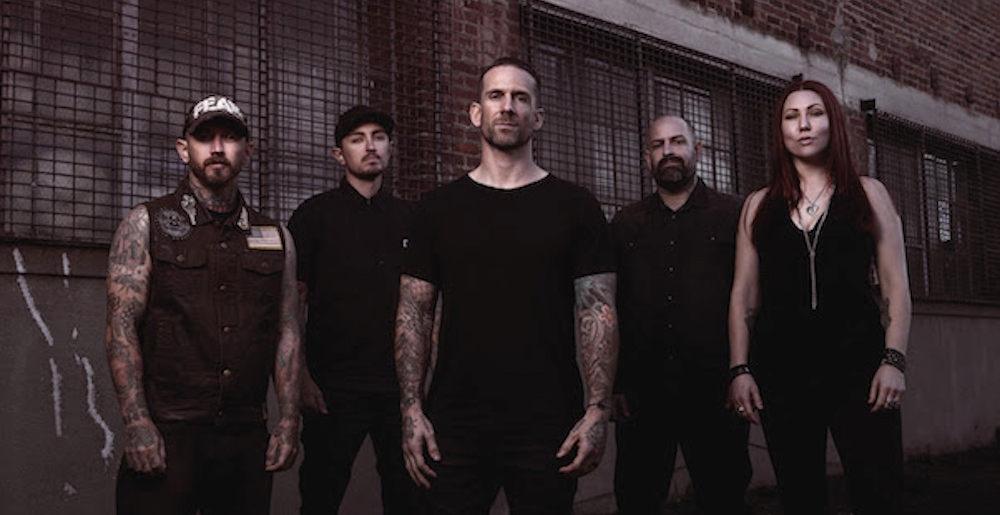 When we think of metalcore, or the New Wave of American Heavy Metal, or whatever you call that genre, we usually think of acts like Killswitch Engage and Shadows Fall. But few bands summed up the movement at its peak as well as Bleeding Through, who incorporated just enough of the then-blooming emo-goth scene to make them a cross-genre hit. Now, with Bleeding Through have just dropped their first new single since 2018, titled “Rage,” thus signaling the natural progression from the nu-metal revival to the metalcore revival.

First off, let me get this out of the way — for all my petty meta commentary, this track ain’t bad! I was never a big Bleeding Through fan, but I love the shit out of Dracula, and this track’s spoo-ooky synths definitely endear me to it. Meanwhile, the fact that these guys go pretty straightforward with their short-machine-gun-burst tempo makes “Rage” extra-easy on the ears. Hell, there’s even a Rob Zombie movie sample! If, like, the nu-metal revival, the metalcore revival casts off much of its base-genre’s bullshit and streamlines things a little more, I’d be a happy camper.

“Screaming into a microphone and playing music with my friends after 20 plus years and after a pandemic seemed like an impossibility. Low and behold here we are creating music again.

“Personally the last few years has been a total mental battle. This music is my weapon against doubt and depression.

“The song ‘RAGE’ was created with the anger and frustration built up over the last few years. This song is us joining the fight to have music heal a struggling world.

“‘RAGE’ is the sound of 20 plus years as a band and years of built up aggression. No bullshit. Straight up Bleeding Through.”

I owned a Schieppati once. They’re sweet dogs, but the droopy ears they’ve been bred to have pick up all sorts of dirt, so they’re always sick.

But seriously, folks, check out “Rage” below. More on Bleeding Through’s new album when we know it; meanwhile, the band will be playing the following fests:

Sponsored Links from Across the Internet
Show Comments
Related Articles
Br00tal-lists 0
12 Embarrassing Albums That Everyone Owned Back In The Day
February 14th, 2022 at 12:30pm Emperor Rhombus

The band is once again working with producer and Anaal Nathrakh co-chief Mick Kenney.

Kids under 18 have a chance to get free Skype lessons with members of Five Finger Death Punch, Suicidal Tendencies, Bleeding Through, and more.

Metal Sucks Greatest Hits
0 -
I Watched Rock of Ages so You Don’t Have To
0 -
Rigged: Jeff Loomis
1220 -
MetalSucks Exclusive: One Year Later, Peter Steele’s People Speak About His Life, His Music, and His Last Days
7810 -
Does Anyone Know What the Hell Clown from Slipknot Is Talking About?
300 -
Sebastian Bach: The MetalSucks Interview
750 -
Anthrax vs. Axl vs. Anso: The Worship Music Double Review