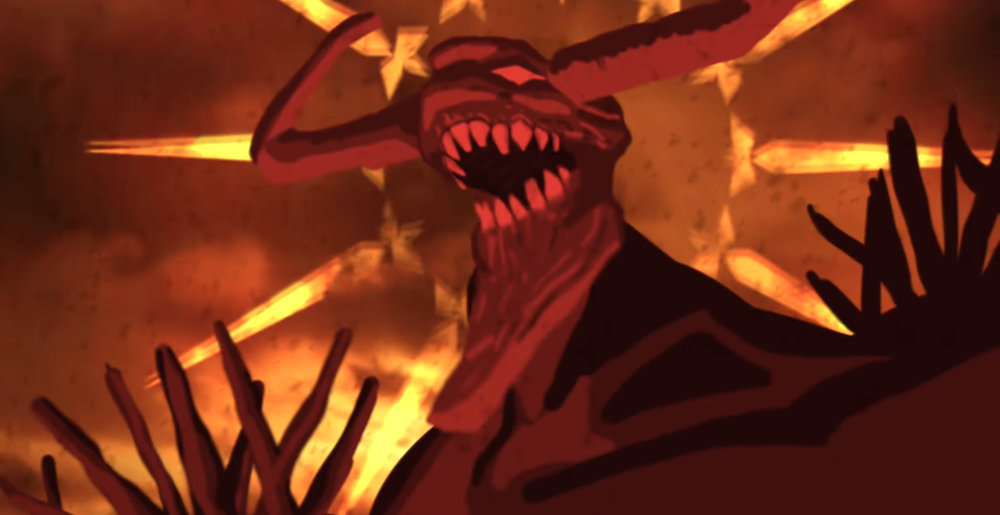 How to describe the beauty that is Witchery? Okay, so: as nu-metal and eventually metalcore were enamoring most of the scene, thrash was coming back in an AWESOME way in Sweden. Bands who mostly played melodic death metal were taking those chops and applying them to their love of Dark Angel and Testament, and the result was this crop of ultra-heavy thrash bands making music that wasn’t retro, but still provided that old-school punch. Witchery were arguably the best of them, reveling in Satan, horror, and darkness in a way that revealed how many other bands were boo-ooring. And now, the band are back with a new album announcement and a new single that proves that they still fuckin’ GOT IT.

The new Witchery will be titled Nightside, and will drop July 22nd via Century Media. The record is already available for preorder.

The first single? “POPECRUSHER,” a surging thrash metal track about crushing the pope. Like, literally, the lyrics include such chestnuts as, “RISE! The crusher of the papacy!” In the video, Satanzilla flattens a pope. It’s definitely what I’m looking for when I’m searching for metal. A sternum-shattering track with lyrics about bringing down the spiritual system in the name of Satan? I’ll have seconds, thirds, and dessert, please!

“Setting the benchmark for the new album, ‘Popecrusher’ is the first foreshadowing aural assault from our new album Nightside. All the pieces fell into place with this album and we can’t wait for everyone to hear the album in its entirety. Nightside is our first attempt at writing a concept album, and ‘Popecrusher’ is of course a part of that story. We hope you love the soul-incinerating heaviness of ‘Popecrusher’ as much as we do. More great things are soon to come. Do the W!”

Check out “Popecrusher” below via its rad-as-fuck animated video, then scroll down for further details on Nightside. Fuck YEAH, Witchery!

Metal Sucks Greatest Hits
300 -
Sebastian Bach: The MetalSucks Interview
0 -
And Now, Here’s a Couple of Dudes Playing Slayer on Pre-School Instruments
0 -
Why There Will Never Be Another Metal Band as Big as Metallica
710 -
Metta Mind Journal with Cynic’s Paul Masvidal: Hair Identity and Being Yourself
0 -
Editorial: True Loyalty Means Admitting When Your Favorite Bands Suck
0 -
15 Ways Your Unsigned Band is Doing It Wrong