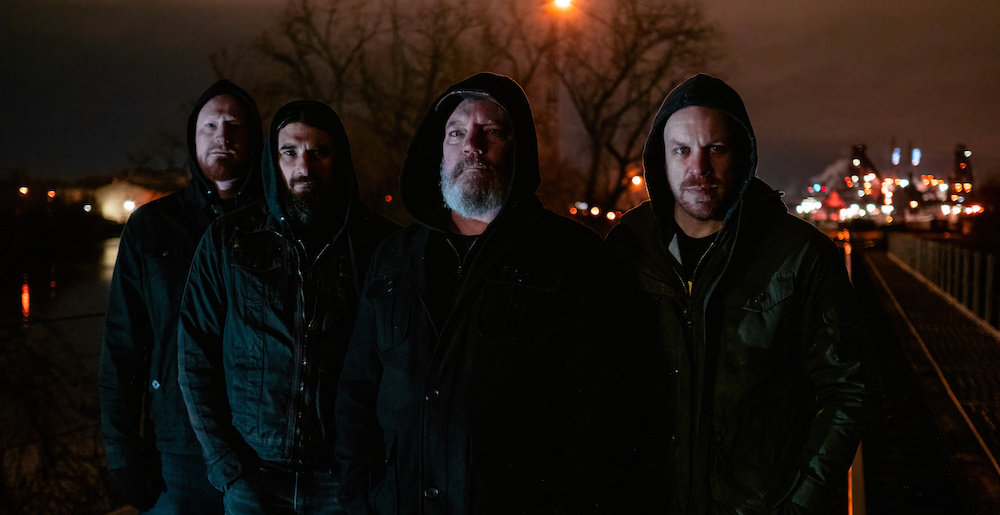 It’s safe to say that Axioma‘s music reaches beyond their hometown of Cleveland. The band’s mixture of black metal, doom, experimental metal, and sludge definitely has a scope to it that feels cosmic and menacing. At the same time, the band never stray too far from the street-level, feeling tangible and relatable in their sonic furor even while sending their minds off into the abyss. To put it another way, we’d happily see these guys at Now That’s Class, even if we’d spend the set dreaming of vast chasms in the darkness.

Which is why the band’s video for their new track “God Extraction” feels especially appropriate, given its imagery and origins. As you’ll see in the footage below, the band use AI-generated animation (if that’s even the right word) that flows seamlessly and disturbingly into itself, creating pictures that are both organic and celestial. While most trypophobic fans will undoubtedly find it shudder-inducing, those of us who like a shudder now and then will appreciate how well these visuals go with this grinding, dread-filled track. It’s a fitting representation of a piece of pure musical anguish.

Says the band of the visualizer:

“‘God Extraction’ is based upon the ancient practice of trepanation in which a hole was drilled into the head of a person to treat health problems and to release evil spirits. Our take is as if this procedure could have been used as a way to be a cure for religion. It’s still not too late considering the giant leaps backwards society seems to embrace of late.”

Check out our exclusive premiere of Axioma’s “God Extraction” below. The band’s new album Sepsis comes out June 24th, 2022, and is available for preorder.

Because listening to unsigned bands is fun!