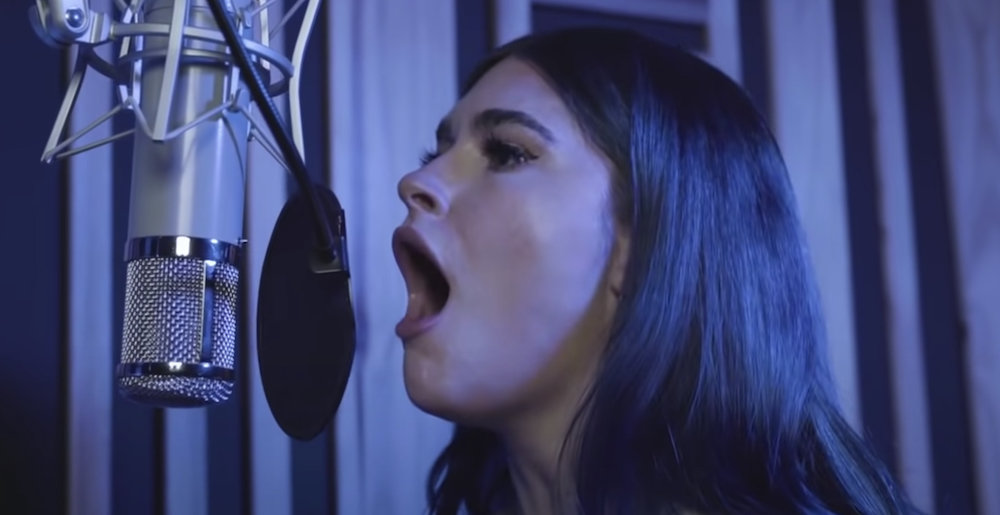 Right now, Spiritbox are one of the (if not the) fastest-rising metal bands out there. But as anyone knows, heavy metalling is a full-contact sport, and at some point you’re liable to get hurt. Case in point, vocalist Courtney LaPlante just posted a picture of her ankle after what she assures followers is just a sprain — and man, we didn’t know sprains could get that bad!

That’s something Courtney actually confronts in her comments — after posting her initial pictures, which include one shot of Courtney going through airport security in a wheelchair with her ankle all wrapped up, and then one of her ankle looking swollen to hell, a fan asked if it was broken. To which Courtney responded:

“No it isn’t broken! Sometimes it would be easier to just say it is because people don’t understand how bad a sprain can be…this one is a doozy. I got X-rays to be safe, no fracture!”

Man, she sprained the hell out of that ankle!

For the record, we’re not making light of Courtney’s injury. Everyone here at MetalSucks sends her all our best, and wishes her a speedy and relatively painless recovery. I’d suggest a bag of frozen corn on that bad boy, but damn, I’ve never had a sprain that serious.

Thankfully, she has some time before Spiritbox’s upcoming shows with Ghost and Mastodon, so catch Spiritbox with an on-the-mend Courtney at one of the following dates:

With Ghost and Mastodon:

With Lamb of God, Killswitch Engage, and Fit For An Autopsy

Metal Sucks Greatest Hits
1840 -
The Final Word on Metal Drumming
0 -
Ten Reasons Why Record Labels Are Still Important
0 -
A Sh*tstain on the Ass of the Universe, #28: Lie or Liar
930 -
The Austerity Program’s Justin Foley and the Search for the GREATEST TACO RIFF OF ALL TIME
0 -
Rammstein Members Kiss During Moscow Show, Violating Russia’s Anti-LGBTQ Laws
0 -
Paul Di’Anno: Still a Winner