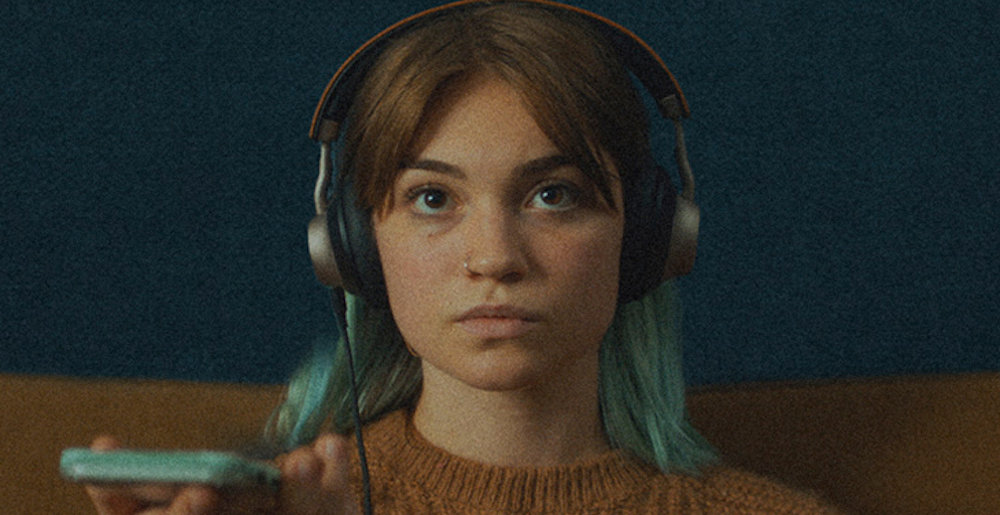 Review: Poser Is a Harrowing, Desperate Tale of Wanting to Be Somebody

In Poser, one wonders if protagonist Lennon Gates knows what she’s doing as she slowly takes in, absorbs, and assimilates the work of the underground musicians around her. On the one hand, Lennon is so soft-spoken, so awkward and without direction or guile, that one couldn’t possibly perceive her as the predator of the concrete jungle she wanders in search of art. On the other, as we see the depths of delusion and emptiness that exist in Lennon, we can’t help but be reminded of all the dangerously hungry people we’ve known, of everyone whose need for authenticity makes them suspicious on a gut-deep level.

That’s the power of Poser, the dark, music-centric drama from Noah Dixon and Ori Segev – the viewer sympathizes with its human coming-of-age story, even as they bristle at the black hole inside of its main character.

If Poser has a major flaw, it’s that at 87 minutes, it is somehow still too long. The camera often hangs on experimental musician Z Wolf for what feels like an eternity, and there are only so many times we can see Lennon standing stonily under flashing strobe lights before we think, Right, we get it. A lot of the moments of quiet intensity also feel repetitive, as do some of the band performances; they’re obviously meant to build atmosphere and tension, but instead they come off as indulgent. This is a cool hour-and-a-half movie, but it could’ve been a tight, perfect 40-minute short film.

To be fair, Poser isn’t a movie you watch at a party, or talk during. It’s not a film with an easy narrative that rewards you with a big, cathartic climax. This is an emotional trip, a slow burn that’ll raise your hackles and tie your stomach in a knot. That said, if you’re an art kid who’s ready to shake off the polished superheroes that every other movie piles on top of you, Poser is an engrossing descent into what it means to be real in an era of digital assets and instantly-streamed passion. Of course, that doesn’t mean it’s about you, with your playlists and your podcasts and your local scene. You’re one of the real people…right?

Poser premiered at the Tribeca Film Festival in 2021. It hits theaters this Friday, June 24th.

Metal Sucks Greatest Hits
0 -
Meet Hatebreed’s Smallest Fan
0 -
Anthrax’s Frank Bello is Really Excited to Be Here, Not at All Concerned About Swallowing Bugs
370 -
Rigged: Devin Townsend’s Massive Live Rig, Piece By Piece
0 -
I Watched Rock of Ages so You Don’t Have To
1570 -
Frankie Palmeri’s Track By Track Breakdown of the New Emmure Album: A Track By Track Breakdown
0 -
Etienne Sin: What the Actual Fuck