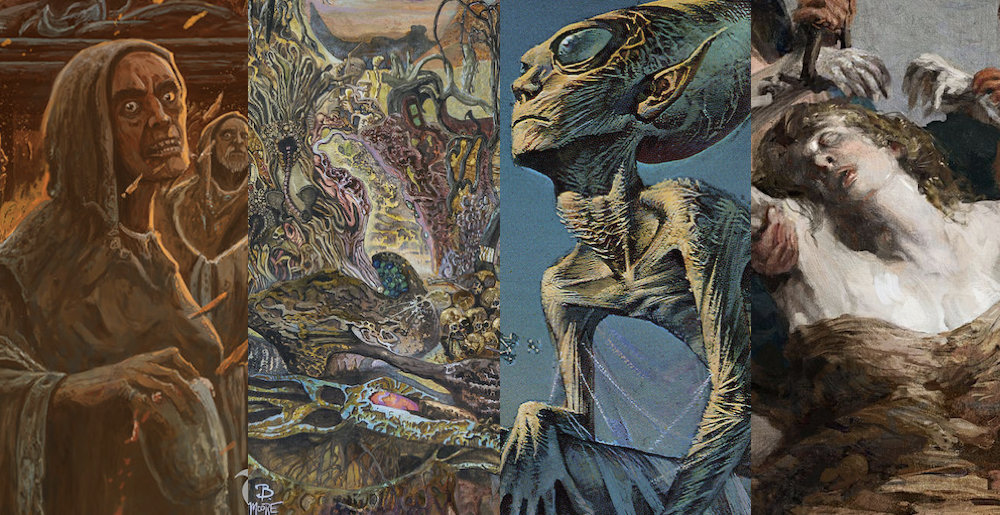 Here are the 10 Best Bands of the New Wave of Death Metal, As Voted By You

Last week, we ran a poll about the new wave of death metal that seems to be sweeping the scene. We listed over 20 bands in an attempt to cast a wide net, and we were excited to see how many different bands got voted on. It’s easy to think that death metal is a close-minded scene, but you proved that it’s actually got a lot of variety to it.

However, it became very obvious very quickly that some bands are either bigger, or have a hardier fanbase, than others. So here, for your perusal, are the 10 best bands in the new wave of death metal, as voted for by you.

Nice! This list would’ve felt incomplete without Canada’s Tomb Mold on here. The band just surprise-released a new EP, so check it the fuck out now!

Man, these guys earned this slot in 2022. They’ve really pounded the pavement on tour, and in doing so have made an impressive name for themselves. That said, we will always, somewhere in our minds, think of them as Samsungsudafed.

Yo, when we agreed to premiere this album, not even WE knew how fucking good Hath could be. But All That Was Promised was so damn rad that this band basically bullied their way onto this list with their talent. Bow your heads.

Unsurprising. Even if you’re not a fan of 200 Stab Wounds — and we’re unsure why you wouldn’t be — you have to admit that these motherfuckers are making a huge name for themselves, in part due to their relentless touring schedule. All that, and their riffs will rip your legs off.

It’s time…to be on a list. Look, Undeath‘s new album rules, and they’re a name on everyone’s lips. That they’re only #6 on this list sort of surprised us. Just, just go put on this fucking record. It rules.

Talk about coming out of nowhere and just BLOWING UP. Fort Worth’s Frozen Soul were new to us when Crypt of Ice came out last year, but they’ve quickly become a scene fixture. Probably because that record slaps, with some of that sweet Bolt Thrower action.

As far as we can tell, there are a handful of reasons that Venom Prison landed so high on the list. Their songs rule, their message is really powerful and refreshing, they’re doing interesting things in a sometimes-stagnant scene — but mostly, they posted the FUCK out of this poll. These guys just wanted it more.

Yeah, obviously. Denver’s Blood Incantation aren’t just one of death metal’s gnarliest new acts, they’re also one of its smartest. The band’s long-form approach and unflinching desire to make their music both killer AND interesting have elevated them in the scene’s eyes. Get into aliens.

See, here’s the thing: we assumed Gatecreeper would be #1. They’re massive, their music fucking rules, and simply put, they’re the band in this wave that everyone has heard of the most. And hey, #2 ain’t bad. These guys are obviously still at the top of their game, and it’s obvious that they’ll forever be a spearhead leading this scene. But there’s just one problem…

When we posted this poll, Tombstoner‘s fans showed the fuck UP. It was astounding how quickly this Staten Island crew’s fanbase came out to support them in this poll. And with good reason — the band’s 2021 album Victims of Vile Torture is goddamn delicious from beginning to end. Hail to the kings of the new wave!

Sponsored Links from Across the Internet
Show Comments
Related Articles
New Stuff 0
Dream Unending’s Has a New Album Coming and Track “Secret Grief” is the Kind of Atmospheric Doom You Can Expect
September 9th, 2022 at 1:23pm Hesher Keenan

Float down their sonic soundscape of doom.