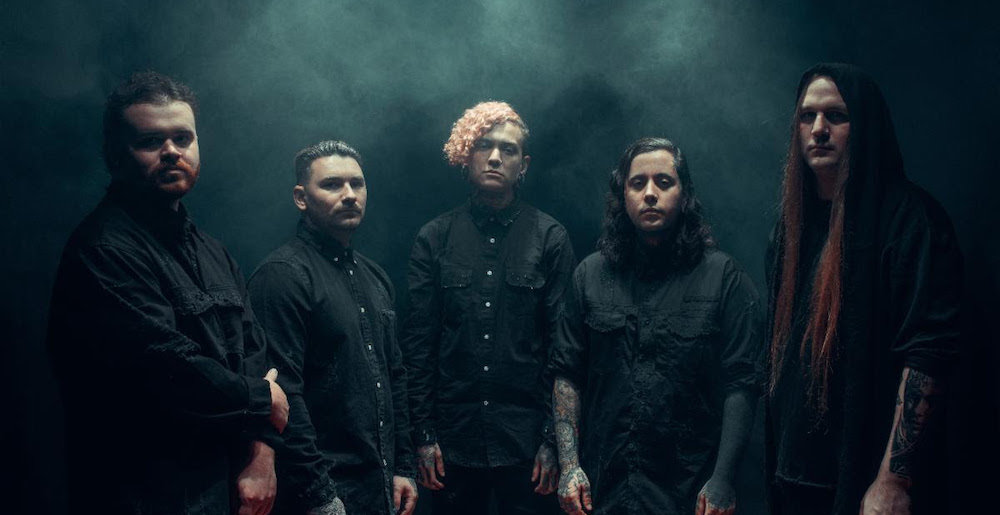 So in case you haven’t noticed, Lorna Shore are the band you’re actually supposed to be paying attention to this year. While major acts like Slipknot and Machine Head are heralding their new albums as massive game-changers, the New Jersey deathcore crew have dropped one single after another that has made them the must-watch band in metal’s underground in 2022. Now, the band have dropped a third track, titled “Cursed to Die,” which you can hear below.

“Cursed to Die” feels sort of like a halfway point between the band’s previous singles, the looming “Sun//Eater” and the punchy, bloody “Into the Earth.” The song has the former’s drama and sweep, but a bit more of the latter’s brutal approach. It definitely brings a lot of Lorna Shore’s patented mixture of Draculean grandeur and all-knuckles deathcore, and continues to prove that this band will come out of 2022 with a ton of hype and acclaim surrounding them.

Check out the song below; the video premieres at noon, so keep your eyes peeled for that. Lorna Shore’s new album Pain Remains drops October 14th, and is available for preorder. Meanwhile, catch Lorna Shore at one of their upcoming live dates listed below.

Metal Sucks Greatest Hits
1840 -
The Final Word on Metal Drumming
1510 -
The Top 15 Reasons that Metallica are the Yankees of Metal
0 -
It’s Official: There is Too Much Slayer Merchandise
0 -
Which Bands are “The Big Four of Death Metal”???
30 -
Exclusive: Burzum Launches Clothing Line
0 -
Peep These Awesome Pop Stars Gone Metal Shirts