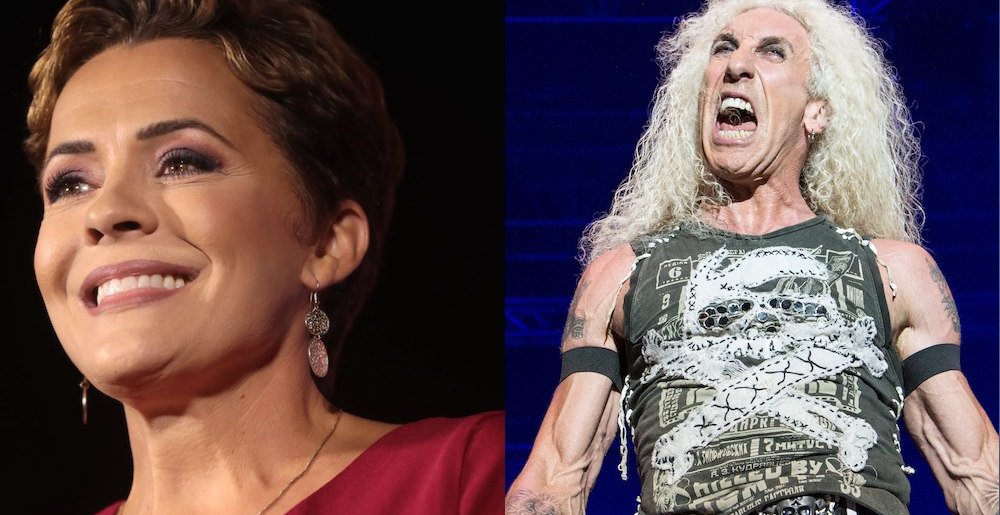 Dee Snider Says He Can’t Stop Far-Right Candidate from Playing Twisted Sister: “I Can Not Legally or Morally Stop Her from Using or Singing My Song

It can be frustrating when the message behind a piece of media is misinterpreted or used for nefarious purposes, like when politicians use music at their campaign events or rallies. There are plenty of examples of artists opposing this practice—such as when Dave Grohl told presidential hopeful John McCain to stop using “My Hero”—but Twisted Sister frontman Dee Snider will be issuing no such directive.

Arizona gubernatorial candidate Kari Lake, who is seeking the GOP nomination in her state, has repeatedly used Twisted Sister’s “We’re Not Gonna Take It” at campaign events. As Blabbermouth reports, on Wednesday, one of Snider’s Twitter followers shared a video of Lake using the song as her walk-out music and suggested the need for a cease and desist.

Snider doesn’t feel like that is an appropriate course of action, replying:

“While I abhor what this ignoramus @KariLake stands for and the she deplorables (yup, Hillary Clinton had it right) she represents, I can NOT legally or morally stop her from using or singing my song. I wrote it for everyone…cherry picking who uses it is censorship.”

Another follower responded to the glam legend’s tweet, asking if he supported Lake’s political opinions, which have repeatedly included topics like election fraud, which Snider adamantly denied while further explaining his reasoning.

“Not at all. I do NOT stand with @KariLake . I’m not with anyone who is with Trump or not Pro-choice. This said, i wrote a song designed for everyone. I can’t cherry pick who can & can not sing it… THIS SAID…the 1st line is ‘WE’VE GOT THE RIGHT TO CHOOSE’. Glad Kari agrees.”

Snider is probably referring to the general licenses that political campaigns can get from organizations like American Society of Composers, Authors, and Publishers (ASCAP) and Broadcast Music Inc. (BMI). His line of thought is a change of pace from 2016, when he asked then-US presidential candidate Donald Trump to stop using “We’re Not Gonna Take It.”

The singer also supported Ukrainian people using the song as a rallying cry earlier this year.

Metal Etiquette 0
Dee Snider Doesn’t Use a Teleprompter: “I Didn’t Kill a Lot of My Brain Cells With Drink and Drugs”
July 11th, 2022 at 10:28am Emperor Rhombus

Dee also makes it clear he doesn’t think Vince Neil’s use of one is that big a deal.

What the...?? 0
Watch: Kid Rock Opens Show With Video Announcement from Trump: “All of You Are Truly the Backbone Our Great Country”
April 9th, 2022 at 7:58am Emperor Rhombus

The Great Pumpkin looks like he’s never been to a concert in his life.