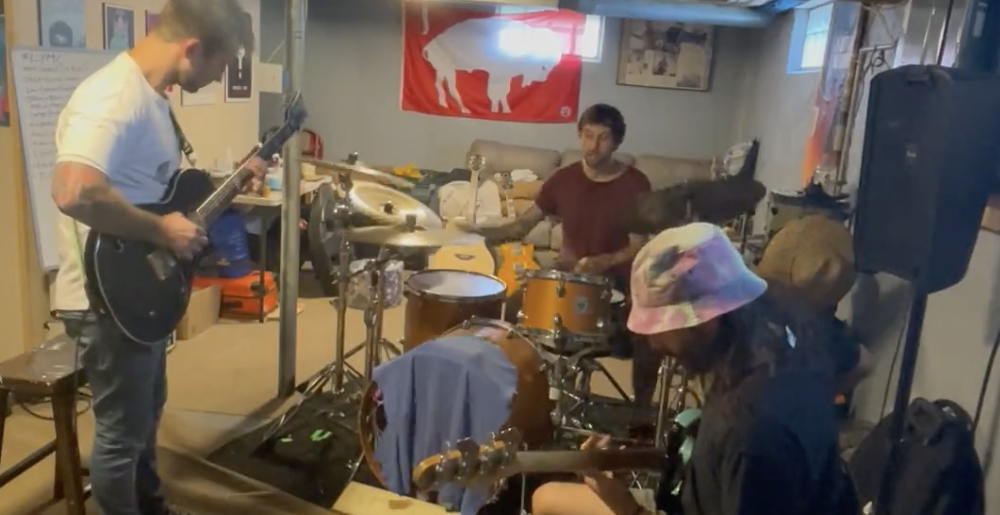 Most of Every Time I Die Teases New Band

It really, really sucked the way that metalcore maniacs Every Time I Die ended. After two decades of releasing killer record after killer record, the Buffalo, New York crew ended in a clusterfuck that seemingly pitted singer Keith Buckley against his bandmates via a “he said, she said” public feud. Fortunately, the other members of Every Time I Die are still on good terms and we now have more info about that new band they were talking about earlier this year, when guitarist Jordan Buckley said they’d been jamming at an Air BNB:

“Yo how fuckin dope is it that the only person who knows what our new parts sound like is the dude that was staying at our Air BNB this week?! ???? Thanks for letting us practice Connor! You fuckin rule!”

Jordan Buckley and second guitarist Andy Williams, bassist Stephen Micciche and drummer Clayton “Goose” Holyoak all appear to be moving further along with that new band, based on a series of tweets from Buckley, Jordan (just “Buckley” from here on out).

An Instagram post from Holyoak shows that producer Jay Zubricky, who worked on 2016’s Low Teens with Every Time I Die, is involved with the new project. Clips posted to Twitter by Buckley show the band him rehearsing with Holyoak on August 3 and with the full band on August 7. On August 8, Buckley tweeted a brief clip of a recording being played inside the studio with the caption “There’s that word again”.

Buckley confirmed in a tweet last night that these are just demos and that Williams didn’t record on those because he’s busy as a professional wrestler for All Elite Wrestling, but that “he’s always with us in spirit.”

Despite all of the information that Buckley shared so far, there’s still no disclosed timeline about when we can expect to hear actual, full songs from his new outfit or what it will be called, but you know that MetalSucks will obsessively—errr, faithfully—cover every new development with the quartet.

“It was never about money for me.”

Everyone's Replaceable 0
The Other Four Every Time I Die Members Rehearsed New Material Without Keith Buckley
March 28th, 2022 at 9:06am Emperor Rhombus

Get ready for Bevery Bime By Bye!

Metal Sucks Greatest Hits
0 -
Why are metal fans hopelessly stuck in the past??? :(
0 -
Etienne Sin: What the Actual Fuck
0 -
36 Seconds of Hell on Earth: Video from the Guitar Center Grand Opening in Times Square
60 -
BETTY WHITE TOUCHED SLASH’S PYTHON (DON’T WORRY, IT WAS JUST THE TIP)
0 -
Having a Rough Day? Try Hatebreed Motivational Posters!
9660 -
…And F**k You, Too.