Metal Sucks
Metal Sucks 14 Metal Albums That Epitomize the Sound of the ’90s Premiere: Invictus Offer a Call to Arms on “Get...
- Tweet SHARE
Enlarge
Br00tal-lists 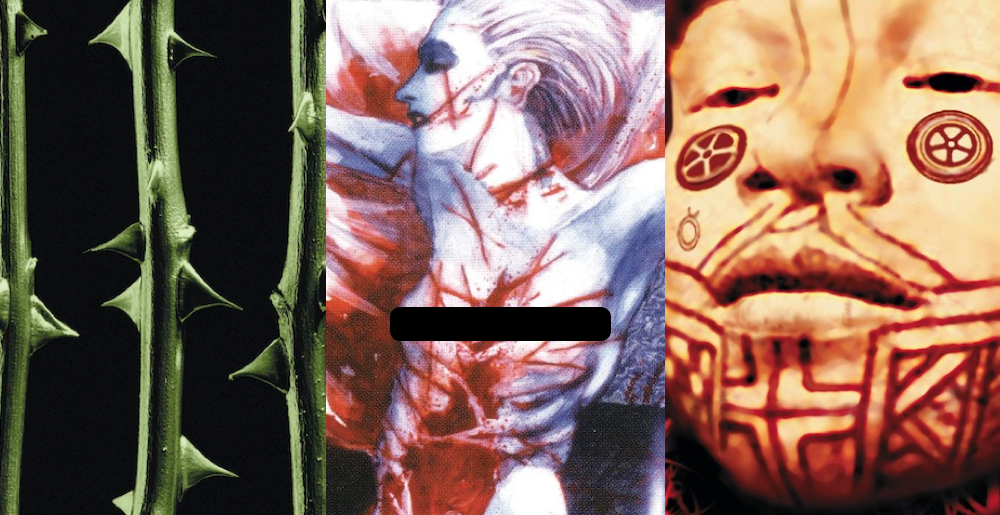 14 Metal Albums That Epitomize the Sound of the ’90s

Generally, ’90s rock and metal music is known for one thing: grunge. And while it’s true that grunge had a massive impact on the music industry and pop culture at large, there’s an oft-stated belief that grunge killed heavy metal dead in its tracks and that’s just not true.

Sure, there weren’t any essential Iron Maiden albums released in the decade but the ’90s were a point of growth and expansion for the genre at large. Today we’re looking at the albums that best sum up the sounds of the ’90s. To be included, an album doesn’t have to rule, it just has to be representative of a larger trend in sounds of the time. That’s also why albums like Rust in Peace aren’t included here—despite the fact that it’s the best thrash album of all time, there wasn’t exactly a major ’90s thrash movement.

Here it is: our tribute to the last decade no one cared what Corey Taylor thinks.

When you ask a metalhead what their favorite goth record is, there’s a pretty solid chance you’re going to get this as an answer. Despite his outward tough-guy demeanor, Peter Steele was a master of writing sensual, gloomy songs and October Rust is Type O Negative‘s masterpiece.

Left Hand Path put Swedish death metal on the map. From the first scream and manic guitars on the title track, Entombed gave death metal a facelift via buzzsaw guitar tone that inspired legions (and legions, and legions) of imitators. Entombed swerved shortly after and sired death ‘n’ roll, but not before establishing one of death metal’s most recognizable sounds during the genre’s fledgling years.

Everyone had a crack at making an industrial album in the ’90s and it usually went like shit—remember Kreator‘s Outcast? Fear Factory had industrial coded into their DNA, blending it with death metal in a way that still has rarely been matched. It’s easy to shit on Fear Factory today for their inability to announce a replacement for Burton C. Bell, but they were leaders of the pack on Demanufacture.

Satisfaction is the Death of Desire (1997)

Metalcore—the shortening for metallic hardcore, not the Killswitch Engage kind—peaked on Hatebreed‘s debut album. Satisfaction features the heaviest, most aggressive songs Hatebreed ever wrote, like “Puritan,” “Conceived Through an Act of Violence” and “Not One Truth.” Hatebreed moved to a major label for the release of their second album, Perseverance, in 2002 but Satisfaction remains a gold standard in metallic hardcore today.

The Black Album changed everything. After releasing four albums that irrevocably altered the course of metal, Metallica‘s self-titled album is a massive step toward general rock domination and a future where “Enter Sandman” is banned from guitar stores. There are still good thrash releases after 1991, but the rate is considerably slower until the 2000s revival and the Black Album feels like a line in the sand about the genre’s future.

I’m not here to argue with you about whether or not Alice in Chains are a grunge band, but they are also definitely a metal band. Dirt is heavy and depressing in a way that most sludge metal bands would kill to emulate today. The late Layne Staley‘s vocal performance is heartwrenching and raw, the perfect foil to Jerry Cantrell‘s bleak songwriting and vocal melodies.

Before he was the guy ruling the airwaves at the end of the ’90s and into the ‘2000s, Rob Zombie and his bandmates in White Zombie were ruling the ’90s with a slew of popular albums, most notably La Sexorcisto: Devil Music Volume One in 1992 and Astro Creep in 1995. Astro Creep spawned a few hits, including “More Human Than Human” and “Super-Charger Heaven.” Rob Zombie still covers White Zombie from time to time.

Depending on who you ask, the original Sepultura lineup either broke up as they started to truly reach the next level or overstayed their welcome, foraying too far into nü metal. Either way, it’s undeniable that Roots was an enormous success, somehow combining the rhythmic grooves Sepultura were already known for with exotic tribal and “Jumpdafukup”-worthy moments of nü metal. No band has nailed the thrashy, tribal grooves in the same way but plenty have certainly tried.

Is it cheap to include an album that came out six months before the turn of the millennium? Maybe, but name an album that feels more like the absolute, total apex of what nü metal and its collective influence could be than Slipknot‘s debut proper. By the midway point of the “(sic),” it’s clear that these jumpsuit-wearing clowns are on to something big. Their self-titled album lacks the polish that would turn them into radio sensations but Slipknot’s mix of nü, industrial, death metal and hardcore is a perfect encapsulation of the times.

There are two schools of Swedish death metal: the buzzsaw style popularized by Dismember and Entombed and the melodic style practiced by the likes of At the Gates. On Slaughter of the Soul, the Gothenburg band traded experimentation for accessibility and led the melodic death metal movement, inspiring two generations of musicians. Slaughter is rightfully considered a classic to this day, with At the Gates touring the record this month.

Metal Sucks Greatest Hits
750 -
Anthrax vs. Axl vs. Anso: The Worship Music Double Review
0 -
Nazi Imagery: Why Watain and Marduk Don’t Get a Pass While Slayer and Metallica Do
0 -
Rigged: Wintersun
0 -
Why are metal fans hopelessly stuck in the past??? :(
0 -
Metallica’s St. Anger Was Released Ten Years Ago Today
1210 -
MetalSucks Exclusive: Behemoth Frontman Nergal’s First Interview Since Being Diagnosed with Leukemia