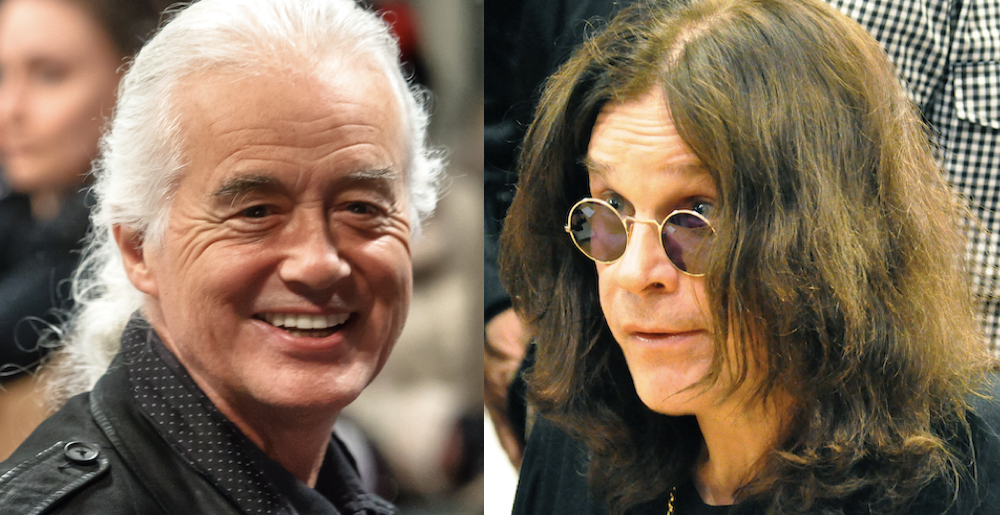 Patient Number 9, the upcoming new album from Ozzy Osbourne, already features a number of esteemed guitarists, but, in a new interview with Metal Hammer, the Prince of Darkness reveals he tried, unsuccessfully, to get the biggest of them all: Jimmy Page.

“I don’t even know if he plays any more, but I thought getting Eric Clapton, Jeff Beck and Jimmy Page meant having the greatest guitarists on the planet. But I never heard from him. Maybe he’d lost his phone or something.”

Clapton, Beck and Page are all former members of The Yardbirds, the ’60s band most notable for launching the careers of the three guitarists, each widely acknowledged to be amongst the best and most influential of all time.

In April, Smith appeared on Chris Jericho‘s Talk is Jericho podcast to discuss his appearance on the album, saying:

Last week, Osbourne and Iommi made their first on-stage public reunion since Black Sabbath called it a day, performing renditions of “Paranoid” and “Iron Man” at the Commonwealth Games in the UK.

Metal Sucks Greatest Hits
0 -
Oderus Urungus from GWAR Reads Goodnight Moon
0 -
Thirty of the Worst Metal Band Promo Photos of All Time
0 -
Give a Heavy Metal Valentine’s Day Card to Someone You Love
0 -
Has Moshing Turned Into a Form of Bullying?
0 -
15 Ways Your Unsigned Band is Doing It Wrong
0 -
Slipknot’s Corey Taylor Shares Photo of “Post-Gig Make-Up Debacle” Beneath His Mask