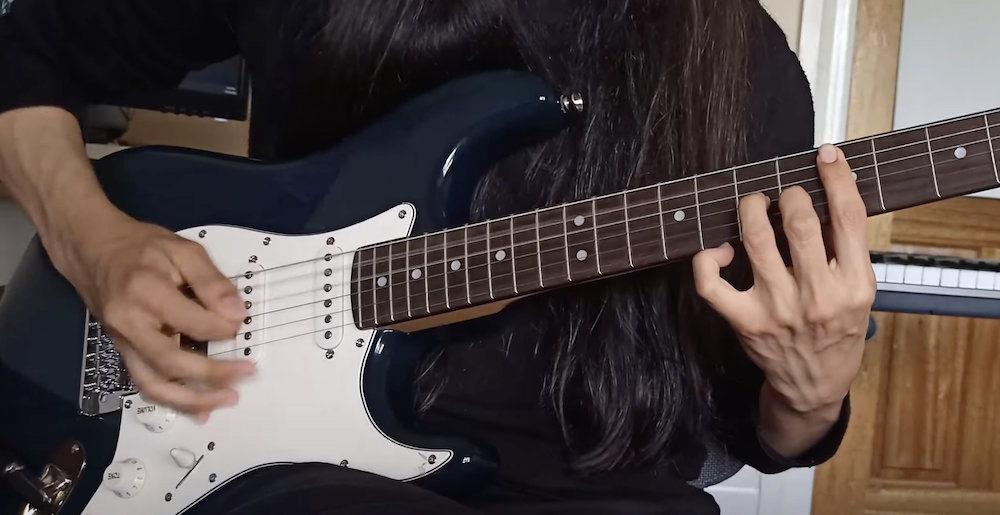 If you’re a dude (or lady) and you picked up the guitar to “score some chicks” and really get to live the rockstar lifestyle, I’ve got some news that may make you question your actual motivations. According to a new study released by the American Psychological Association (APA), straight men that learn guitar to play extreme metal “are mostly motivated to do so in order to impress other heterosexual men.”

The data was recently posted by the Twitter account of a British TV show called QI, or Quite Interesting.

Huh. So, that’s a potentially new wrinkle in your guitar practice routine, isn’t it? Now, it’s important to note that “mostly motivated” doesn’t mean “entirely motivated,” so there’s that. But there’s also the fact that the study titled “Extreme metal guitar skill: A case of male-to-make status seeking, mate attraction, or byproduct,” (via Loudwire) suggested that humans mostly express themselves through art for “sexual selection or byproduct of the complexity of the human brain.”

However, after surveying 44 straight male metal guitarists, researchers found that after examining their “practicing habits… sexual behavior… and feelings of competitiveness toward the same sex.” What researchers found was that “that time spent playing chords predicted desire for casual sex with women.” Yet on the flip side, “perceptions of playing speed positively predicted intrasexual competitiveness (a desire to impress other men).”

“Extreme metal is a genre that is heavily male-biased, not only among the individuals that play this style of music, but also among the fans of the genre… Therefore, it is unlikely that extreme metal musicians are primarily trying to increase their mating success through their music. However, musicians in this genre heavily invest their time in building technical skills (e.g., dexterity, coordination, timing), which raises the question of the purpose behind this costly investment. It could be that men engage in this genre mainly for status-seeking purposes: to intimidate other males with their technical skills and speed and thus gain social status.”

So there you have it. If you’ve been banging your head against the brick wall of pinch harmonics and sweep picking, you could really be doing it so your buddies can think you’re the ultimate badass and not to get the girls. And realistically, who isn’t impressed by someone that can melt your face off with a ripping solo?!

The age old question: Can you separate the art from the artist?