Metal Sucks
Metal Sucks Zakk Wylde On Pantera Shows: “I Am Not Expecting... Hallowed By Thy Game: Choose Between Good and Evil in...
- Tweet SHARE
Enlarge
Reunion Mania 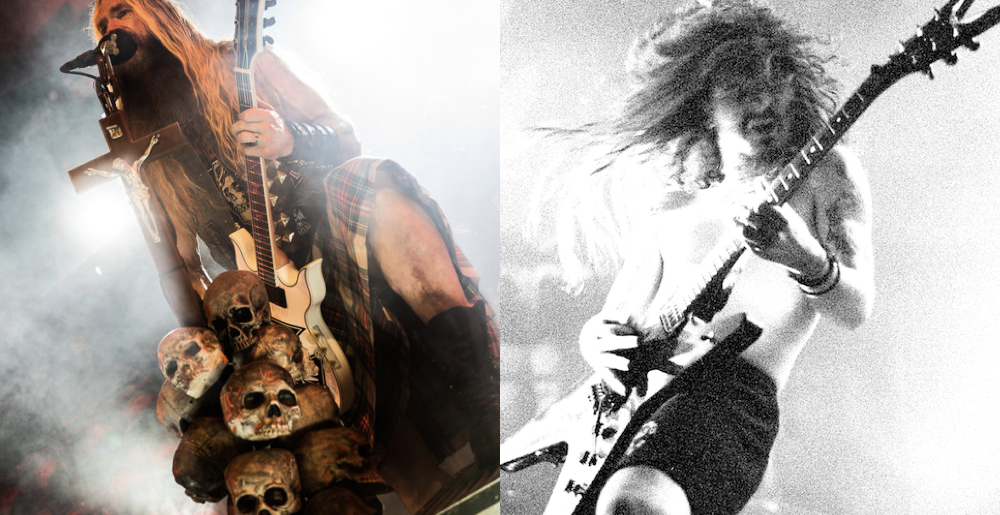 Zakk Wylde On Pantera Shows: “I Am Not Expecting Myself To Sound Like Dime”

We’re exactly a month out from the first show with the reformed Pantera lineup featuring original members Phil Anselmo and Rex Brown alongside Charlie Benante and Zakk Wylde. Whether you call it a reunion, tribute or celebration of the legendary band, these shows are a big deal for everyone involved. Last month, it seemed like Wylde hadn’t begun practicing the late Dimebag Darrell’s guitar parts. He later clarified that he was studying them similarly to the Black Sabbath songs he performs with Zakk Sabbath.

In a new interview with Guitar World, Wylde further discussed his playing and how he plans to emulate Dime’s signature sound. In short: he isn’t going to.

“No matter what I do, it’s going to sound like me. I can practice all I want and stay as faithful as I want, but I am never going to escape that.

“It’s like if Randy Rhoads were to play Eddie Van Halen‘s ‘Eruption.’ No matter what he did, it would sound like Randy playing, not Eddie. You’re never going to mistake Randy for Eddie or Eddie for Randy, and it’s the same thing here with me playing Dime’s stuff.”

In fairness to Wylde, his playing was clearly influenced by Darrell and it’s easy to see how his style will translate into a respectful homage to the late guitar legend. Wylde said later in the interview that he’ll be focused on having fun and playing the parts faithfully, while acknowledging the two guitarists’ styles are different.

“I am going to go in, learn the parts, be as faithful to what Dime did as possible, and just be me.

“I’m gonna have fun with it, knowing that I am not expecting myself to sound like Dime, and no one else should either, which is how it is when I play with Ozzy or whatever else.”

And don’t forget that Wylde will be using some of Darrell’s gear from his personal collection, as well as various gear that was given to him by the original Pantera axeman.

“I’ll be using my guitars, effects, and pedals, a lot of the pedals that Dime actually gave me, and yeah, I’ll definitely be using some of Dime’s pedals and stuff, too. I’m still working out how it’ll all come together, but I am looking forward to seeing how it all flows once I do.

“Dime’s tech, Grady [Champion], is gonna be coming down too, which is great. I’ve got my tech, but it’ll be great to have Grady here to help pay tribute to Dime.”

We’ll see how it all comes together on December 2.