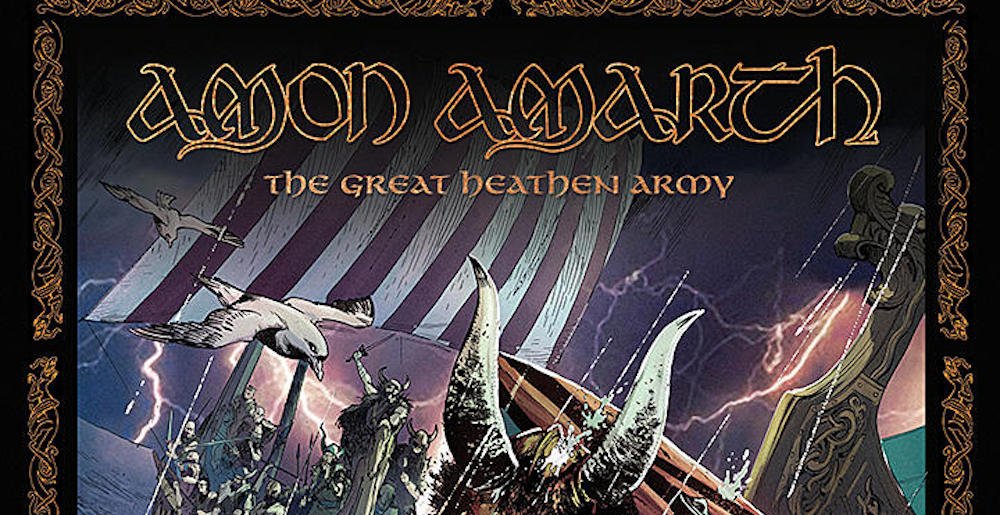 Viking-themed melodic death mainstays Amon Amarth are currently conquering North America on tour but their next plans are already in motion. The band are partnering with Z2 comics to release a graphic novel that shares a title with their latest album, The Great Heathen Army.

Amon Amarth teamed up with Dan Watters (King Diamond’s Abigail, Lucifer), artist Ario Murti and cover artists Montos (Death for Hire: The Origin of Tehk City) and Tom Thiel for the graphic novel, which will also include a foreword from WWE Hall of Famer Edge, who had a role on the Vikings TV show. I’m sensing a theme here.

“Heathens from shore to shore! We are thrilled to announce that we’ve partnered with Z2 to bring you The Great Heathen Army as a full-length graphic novel. It’s a brutal story of war, bloodshed, and glory during the time when the viking raids brought terror to the shores of England. We’ve also produced an accompanying replica of The Great Heathen Army board game that you see in our music video of the album title track. We hope you enjoy it. Skål!”

The graphic novel is expected to hit shelves in the fall of 2023, with standard and hardcover options available. The deluxe version comes with a bunch of swag, including a board game. You’ll also be able to get the board game separately. Check out all the pre-order info to decide what’s right for you.