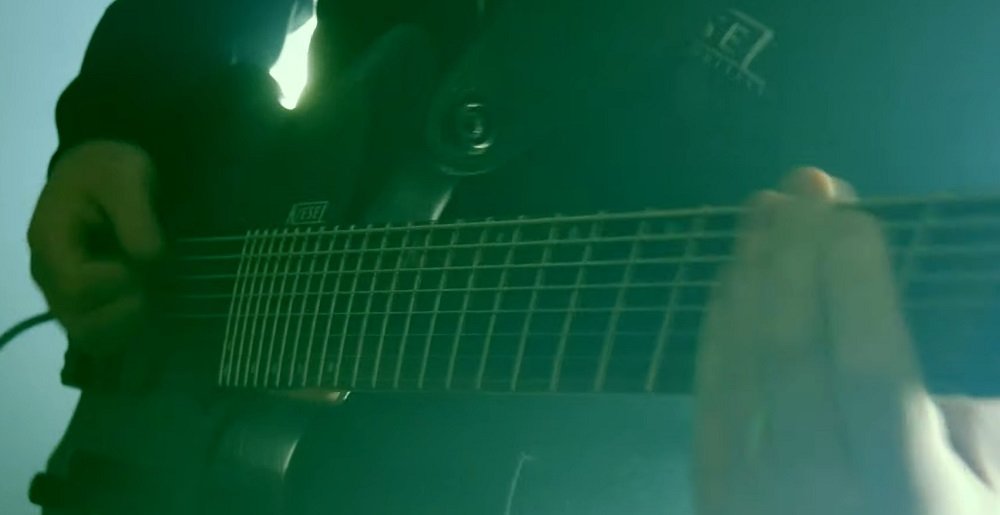 Well, it was bound to happen. When preparing for this week’s column, I just drew a blank. Couldn’t figure which game out of the squillions and squillions of titles out there I wanted to feature. I blame it on the fact that I’ve been frantically preparing to attend PAX Unplugged this weekend in Philadelphia, where I’ll be on the hunt for the most metal tabletop games and role playing games already on the market or coming out in the near future for next week’s column.

So in lieu of an actual video game title to highlight here, I figured why not highlight some absolutely badass metal video game covers to tide my fellow nerdy metalheads over? From Mega Man to Bloodborne and Final Fantasy VII, these awesome musicians absolutely crush their covers, turning common beeps and boops or orchestral hits into an absolute headbanger. So while we get ready to return back to our regularly scheduled Hallowed Be Thy Game next week, here’s a list of some killer covers you should check out right now.

As far as difficult platforming action goes, there are few modern titles that illicit as much rage while successfully pushing you to keep trying over and over again than Team Meat’s Super Meat Boy. While you could easily attribute the game’s addictive gameplay style and simple to learn controls as to why you’d subject yourself to so much torture, I’d venture to say the music really helps soften the blow of abject failure.

Every track is a bop on its on right, but YouTube channel FamilyJules found a way to make it hit harder, thanks to some great guitar playing on his end.

While most metal video game covers you’ll find on the internet are done by a lone fan of the music, there are some bands out there that base their entire existence on playing video game music. Bands like The OneUps, Arm Cannon, and others ply their incredible musical talent to pay homage to the music that shaped many of our childhoods.

Enter Metroid Metal. As you may have guessed from their name, they’re a metal band based out of Asheville, North Carolina that celebrates the music of the Metroid series. This track in particular is from their Varia Suite album and features the boss music for Samus’ battle with Ridley. It’s heavy and harrowing, just like the actual in-game battle.

Based out of Lowell, Massachusetts, Vomitron are an experimental/melodic death metal band that’s been around since 2002. Throughout their entire career, they’ve paid tribute to video games in nearly every one of their releases, but none were such a complete package of nerdy music as their 2011 studio effort No NES for the Wicked, which featured songs from games like The Legend of Zelda, Ninja Gaiden, and Castlevania.

But for today’s purposes, I’ve decided to go with “Contra,” an eight minute epic covering a wide range of songs from the epic NES game of the same name. If you know anything about the original Contra, you know it’s fucking hard and that there’s a code to give you 30 extra lives. And while this track won’t help you live 30 lifetimes, it will hit you pretty damn hard.

A few years ago, you couldn’t escape the sheer fan excitement surrounding the indie game Undertale. People loved the characters, the quirky retro art style, humorous writing, and absolutely groovy and fun soundtrack. So naturally, someone had to take that music and slap some metal guitar over it.

Enter RichaadEB, a YouTuber who not only covers metal, classic, and video game music, but also has his own pretty kick ass compositions as well. His cover of “Megalovania” is so popular, it’s garnered 13 million views. That’s a whole lotta eyeballs.

“One-Winged Angel” by Knight of the Round

You can’t have a list of metal video game covers without highlighting one of the most badass boss songs of all time. Originally written for Final Fantasy VII by Nobuo Uematsu, it’s a jarring, discordant, epic, and menacing piece of music that’s perfectly in line with the epic battle against the katana wielding Sephiroth.

What Knight of the Round manages to do with their cover is take this classic song and make it insanely fucking heavy, complete with heavy guitars and punishing drums to really drive home the menacing aspect of the theme and of Sephiroth himself.

So there ya have it. Some killer video game music covers to sink your teeth into. Who knows? We might revisit this topic again at a future date, so keep your eyes peeled for this weekly column.

Sponsored Links from Across the Internet
Show Comments
Related Articles
Level Up 0
Power Up! Dream Theater’s John Petrucci Plays the Theme from Super Mario Bros.
January 31st, 2018 at 9:51am MetalSucks

This video made me wonder why I’ve never listened to Dream Theater on shrooms before.

Metal Sucks Greatest Hits
0 -
Twelve Reasons Babymetal are the Single Best Thing to Happen to Metal in the Past Decade
0 -
What in the Mother of F*CK Did I Just Watch???
0 -
12 Embarrassing Albums That Everyone Owned Back In The Day
0 -
Video: A Young Mr. Bungle Play Their High School Talent Show
0 -
G.O.A.T. and Your M.O.M.’s “Quack like a Duck” Justifies Humanity’s Entire Existence
0 -
Twenty Hard Rock and Heavy Metal Celebs’ Mugshots