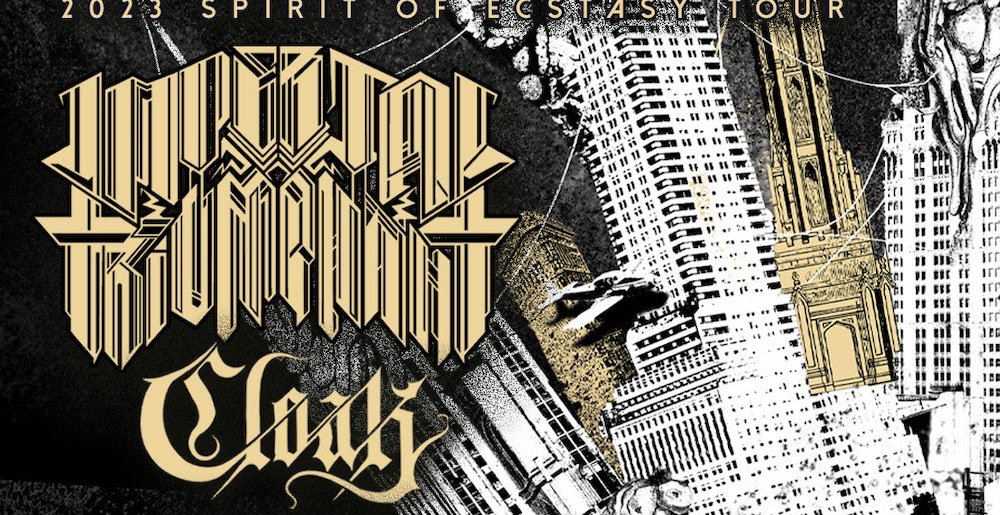 Avant-garde black/death metal trio Imperial Triumphant will take their show back on the road for nearly two weeks in February 2023 in support of their latest record, Spirit of Ecstasy. They’ll be touring with Atlanta black ‘n’ rollers Cloak and NYC noise rockers Couch Slut, both of whom will also provide additional instrumentation and vocals during Imperial Triumphant’s set.

To coincide with the tour announcement, Imperial Triumphant also dropped a new music video for the song “Metrovertigo,” off of Spirit of Ecstasy. The shaky video is as chaotic as the band’s music, which will give you a good idea of what to expect when you see them live.

“Imperial Triumphant will be bringing the chaos of New York City to the eastern coast of the USA this winter. We are excited to be accompanied by black metal band Cloak and fellow metropolitans Couch Slut on this excursion. This will be our first headline tour since 2021 and we are elated to bring our golden ritual to a few select cities. We will be joined by horns and special guests making this tour one not to be missed.”

Check out the tour dates below. Tickets are available on the band’s website.

Metal Sucks Greatest Hits
0 -
Taking Risks
0 -
What If Metal Album Covers Were Truthful?
0 -
It’s Time to Stop Thinking of Women in Metal as WOMEN in Metal
0 -
Listen: Every Dillinger Escape Plan Song Played At Once
0 -
BREAKING: Some Local Band Called Shrapnel are Tired of You Leaving the Show Before Their Set
0 -
I, For One, Welcome Our New Robot Overlords