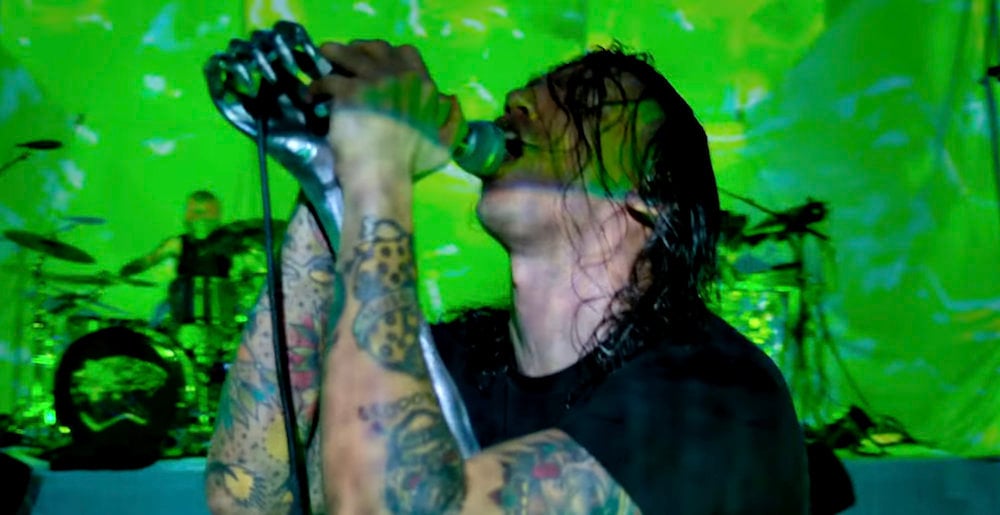 The intersection between metal and wrestling is absolutely massive. It just kinda makes sense that people who like extreme music and enjoy mosh pits would like watching jacked up dudes body slam each other through flaming tables covered in barbed wire. So it would make just as much sense for a band that sounds like someone going through a flaming barbed wire table would write music for a pro wrestler.

Yesterday, Code Orange and WWE released the official, studio version of “Shatter,” which is being used as the entrance music for star wrestler Bray Wyatt. Wyatt’s actually been using the song since October, but this is the first time we’ve actually gotten to hear a decent version of the track, rather than a bootleg version recorded from a live show or through someone’s TV speakers.

This is actually the second time Code Orange has provided Bray Wyatt with a killer entrance theme. It’s worth noting through that this song is way more melodic than their original song for the wrestler, titled “Let Me In,” which was a lot more heavy and angry. If you’ve followed Bray Wyatt’s storyline, this transition from mania to troubled clarity makes perfect sense.

Rock and metal acts have been providing wrestlers with entrance themes for years. Most famously, Motorhead did a couple of songs for HHH, while Motionless in White’s Chris Motionless performed vocals on Rhea Ripley’s entrance theme.

You can check out the new track below. As for Bray Wyatt and his entrance music, you can catch both every Friday night on Smackdown, check your local listings.