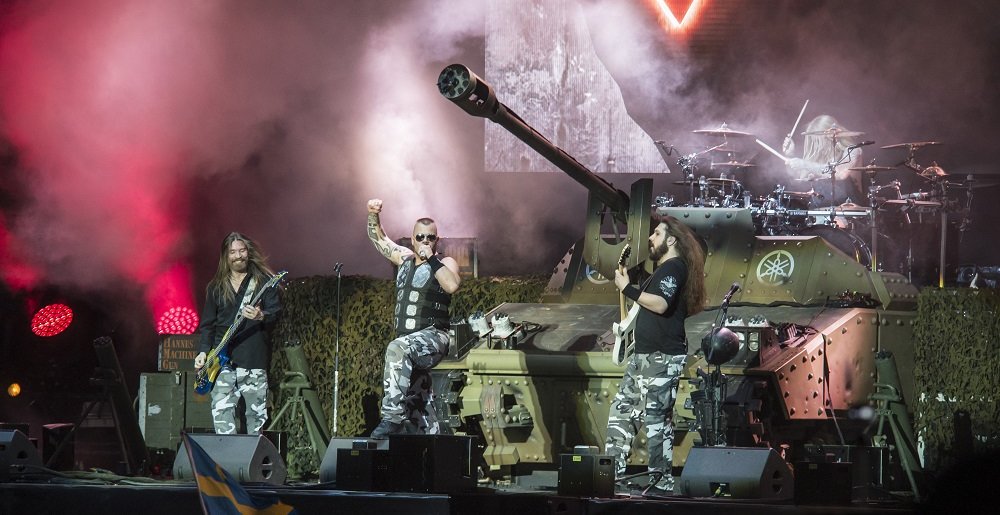 Sabaton Isn’t Raking in the Cash On Tour, “But We Aren’t on the Brink of Extinction Either”

At this point, it’s no secret that getting out on tour has been difficult for bands of all sizes and legacies. From Anthrax and Moonspell cancelling international dates due to financial and logistical headaches to Irist racking up $20,000 in debt from their latest stint across the pond, things seem proper fucked after the pandemic jacked everything up.

It’s a situation that hasn’t been lost on Sabaton frontman Joakim Brodén, whose band is slated to go on a huge tour with Babymetal next year. While speaking on Andrew Haug Radio, the Swedish metal singer said that while today’s economy has stifled metal tours as of late, he’s optimistic that Sabaton will be able to handle any loss of revenue experienced.

“A lot of bands have tours with tickets sold a long time ago that have been postponed. Those tickets are sold with a special calculation in mind, that these are our costs, and that’s what we need to be able to make. So there’s the reason as well for a lot of bands that, even if they sold out a show, they’re gonna lose money because of the increased costs. It is a bit of a struggle for a lot of bands. Luckily enough, we’re not in danger of becoming bankrupt, so for us it’s more of a situation – luckily enough – that we aren’t really making much money but we aren’t, on the other hand, on the brink of extinction either.”

It’s good to hear a somewhat positive angle to this whole mess, though not getting “on the brink of extinction” doesn’t necessarily mean that the band will break even or make money on their next tour. That all depends on a whole mess of other considerations. Either way, they’re still on to play share a stage with BabyMetal, so that should be interesting.

You can check out their upcoming tour dates below.

Sabaton w/Babymetal
The Tour to End All Tours