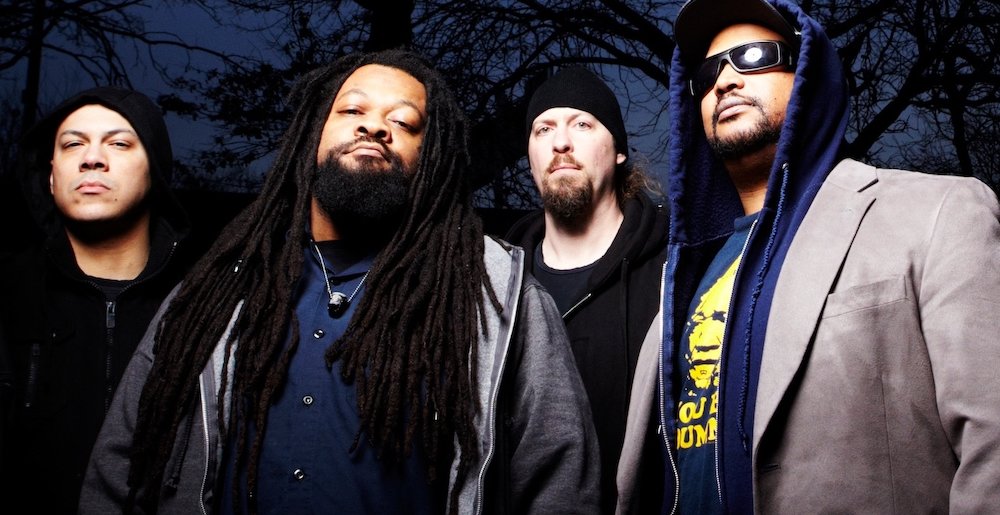 You wouldn’t know it from the footage below, but it had been nearly a decade since God Forbid had last played to a live crowd when they absolutely demolished the Blue Ridge Rock Fest this past September. And while it rained all around them, the New Jersey band still fucking brought it. Weather conditions be damned.

With their next show coming up on January 6 at the Starland Ballroom in Sayreville, NJ — a homecoming gig if we’d ever heard of one — the band released pro-shot footage of part of their Blue Ridge Rock Fest performance. In the clip below, you can see the band play “Chains of Humanity,” off the insanely killer record IV: Constitution of Treason.

God Forbid are easily one of the most underrated bands of the New Wave of American Heavy Metal scene, so it’s great to see and hear them killing it all these years later. You can bet your ass I’ll be at next week’s show. If you can get yourself to Sayreville, you should be there too. It’s promising to be a night to remember.

If you can’t make the Jersey show though, don’t despair. They’ll have a second show at the Worcester Palladium in Worcester, MA on January 7.

We need these guys back. Now.

Metal Sucks Greatest Hits
0 -
Watch This 10-Year-Old Girl Shred Through Slayer’s “War Ensemble”
0 -
Exclusive Interview: Damien Echols of The West Memphis Three on His Life After Death
2860 -
What is the Best Christian Metal/Hardcore Band???? [you’re moshing 4 Christ]
0 -
Anthrax’s Frank Bello is Really Excited to Be Here, Not at All Concerned About Swallowing Bugs
220 -
Hey Guys, Did You Know That Virgin Steele are From Long Island?
0 -
Former Attack Attack! Bassist John Holgado is the Stupidest Human Being Ever