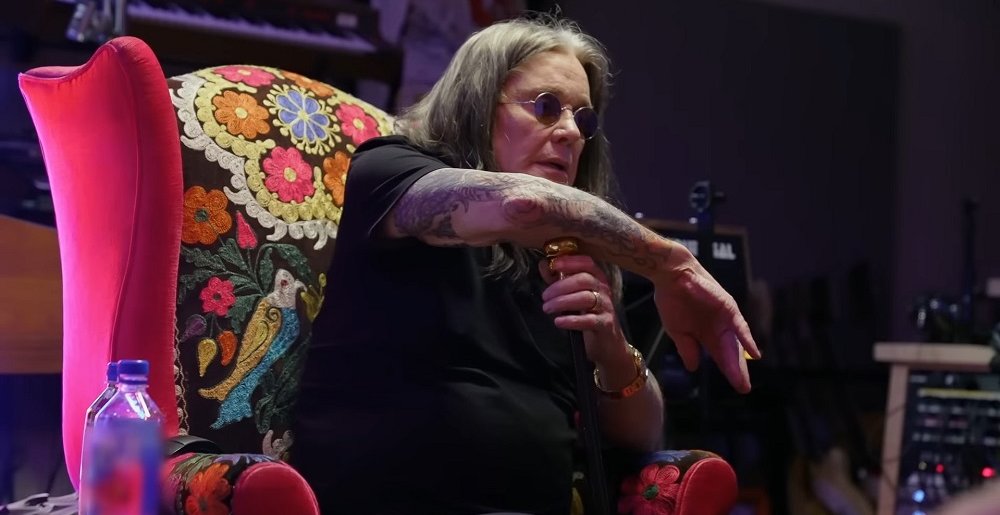 Ozzy’s Worried About His Health and The New Reality TV Show, But He’ll Soldier On “Even If I Am Nailed to a Board with Wheels On It”

At 74 years old, Ozzy Osbourne should be able to finally fucking relax. The dude’s played all over the world, sold millions of records, and survived an insane amount of drugs that should have killed him multiple times over — but didn’t. He’s pretty much already won, so why is he “deeply nervous” about his near future?

The Mirror reports that during a recent edition of his Sirius XM show, the “Prince of Darkness” revealed that he’s got a lot on his mind, with his and Sharon’s move back to the U.K., the associated reality TV show, and ongoing health issues making him a little tense.

“”That was nearly four years ago. It is really awful what is going on. It is a nightmare. Sometimes I forget. I am lying on the couch, go to get up and I cannot do that any more.

My sense of balance is all over the place. I have physical therapy and am trying to do things on my own. Progress is… fucking hell, you have no idea. The thing is my head is alright, my creativity is okay, my singing okay, but I just can’t fucking walk much now.

“But I am determined to be back on stage even if I am nailed to a board with wheels on it.”

Ever since he suffered a fall in his home back in January 2019 during which some rods in his neck and back were dislodged, Ozzy’s been dealing with severe pain and mobility issues. Those rods were initially put in place after a 2003 ATV accident.

Ozzy’s since been on stage only a handful of times, including one brief appearance during the Commonwealth Games last August and an equally short performance during an NFL halftime show back in September. While those quick performances were fine at the time, they’re but a blip to the tour he’s got planned to support Patient Number 9.

And as if all that wasn’t enough for metal’s grandpa, he’s got a move back to the U.K. and a reality show to deal with. Ozzy famously was the person to axe the family’s first foray into reality TV, MTV’s The Osbournes. And while he said he initially didn’t want anything to do with another reality show, Ozzy said he gave in to Sharon’s suggestion after she was removed from The View.

“My wife sort of dropped something on me that the BBC are doing The Osbournes returning to England. I said, ‘We are not having all that again’. But she said it is only for a bit. It gave Sharon a new career. She has become the television person in our family. Poor old Sharon. She’s been through the mill of it. All I can tell you is that if my wife was slightly racist I would tell you. She’s possibly the most unracist person I’ve ever met. I am not just saying that.

“I mean it’s still an unpleasant issue. It’s one of those things once you’re accused of it, people tar you with that brush and it’s very hard to shake off.

“This is another bump in the road. We will get through this. She was devastated. She was like, ‘Why are they saying this about me?’”

Still, Ozzy said he’s very wary about the increased time in the spotlight, which will surely amplify the spotlight on his injuries and health issues.

“I still have a lot in the tank. I’m determined to get back on the stage again. I’m still in recovery, and I have a goal. And my goal is to get back on stage. It’s the driving force in me. I miss my audience. I miss doing gigs. I miss my crew. I miss my band. I miss the whole thing.

“My family has been so good. I am the man of the family, but I have never been this laid up in my life.”

Ozzy will hit the road later this year. You can check out the tour dates below.

Metal Sucks Greatest Hits
0 -
Heavy Metal Drinking Games
0 -
Danny Worsnop is a Good Writer
1480 -
Being in a Band is for Losers [Scientific Proof]
0 -
Watch: Bruce Dickinson Rips On Fan for Smoking Weed at Iron Maiden Show
0 -
Having a Rough Day? Try Hatebreed Motivational Posters!
0 -
Report: “The Number of Heavy Metal Bands in a Given Country is Associated with its Wealth and Affluence”