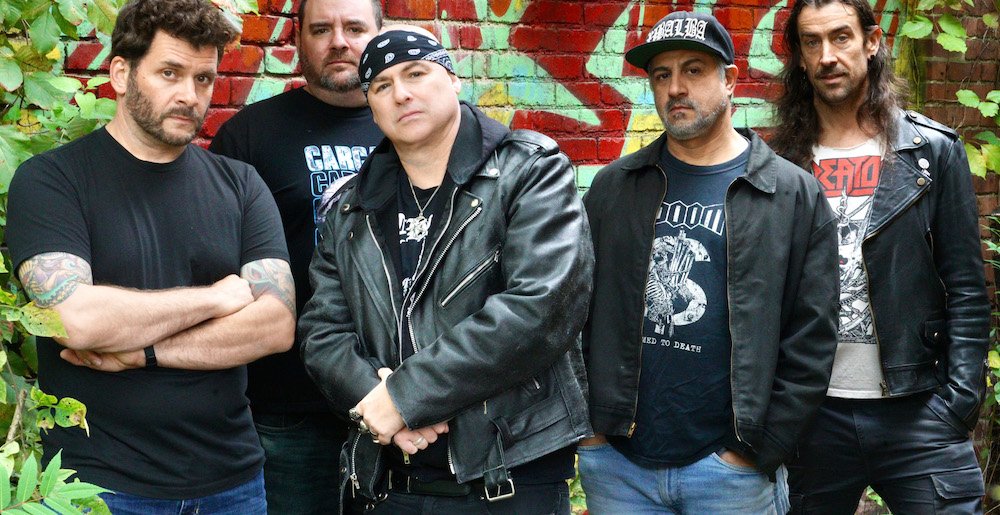 Photo by Taj Majors, courtesy of All Out War

New York metalcore (the old kind) stalwarts All Out War are in peak form on Celestial Rot, their eighth full-length since forming in 1990. Featuring an undeniable black metal influence, the album is as cold and despairing as it is violent and immediate.

The full album is out on February 3, but today All Out War share “Hideous Disdain,” the last single and fourth track on Celestial Rot. The song lets All Our War flex their metal side with blast beats and galloping lead guitars as well as their hardcore side with burly fight riffs and metallic breakdowns.

“‘Hideous Disdain’ was the last song written for Celestial Rot,” vocalist Mike Score tells MetalSucks. “Musically, it really captures the overall tone of the record and the influences throughout. Lyrically the song addresses the emptiness and vile nature of humanity as we spiral deeper and deeper into the void.”

You can pre-order Celestial Rot via Translation Loss and keep on scrolling past the embed to read a brief interview with Score.

Even with a couple years of inactivity, All Our War has been a band for over 30 years. How are you still doing it at this level?
All Out War has gone through periods of line up changes throughout our beginnings, but this has been the line up for the majority of the band’s existence. We value the contributions of all past members, but this line up has been the most productive. We enjoy hanging out with each other and creating music. The consistency has allowed us to explore other influences which has kept things fresh. We have embraced the challenge of getting more intense, musically, throughout the years and are looking forward to expanding on that in the future.

Celestial Rot has a much more blackened sound than some fans of All Out War were probably expecting. Was it a conscious effort to focus so much on the extreme metal side?
I don’t know if it was a conscious effort or a natural progression. Our influences have definitely changed over the years. We have always moved at our own pace and never focused on what was popular. The song writing has gotten more aggressive and we have removed all the excess. The songs now go directly for the throat and are here and gone very quickly. Overall, I think the song writing has improved and has become more cohesive.

What’s the writing and recording process look like for the band these days? Crawl Among the Filth was released in 2019, so I’m guessing Celestial Rot was a COVID record.
Celestial Rot is definitely a COVID record. Most of it was written via Zoom and file sharing. It served to ease the monotony of those days and gave us a much needed creative outlet. Our guitar player, Taras, recorded and produced the record, which was a big change for us. This took a little getting used to for us, but we really enjoyed the process and the challenge.

The state of the world has clearly gotten a lot better than the last time you guys put out a record. Is the constantly-worsening state of everything a topic on your mind when you write?
The state of the world has always had a huge influence on the lyrical content, but I also incorporate historic examples in the writing process. I’ve always focused on the fragile condition of humanity, religious/political hypocrisy, and apocalyptic themes. I’ve become more focused and matured through the band’s existence, but the lyrical content has remained similar although a bit darker.