Metal Sucks
Metal Sucks Check Out the Extended Trailer for Shock Rock, a... Hallowed Be Thy Game: Every Second Matters In Hardcore...
- Tweet SHARE
Enlarge
Cinemetal 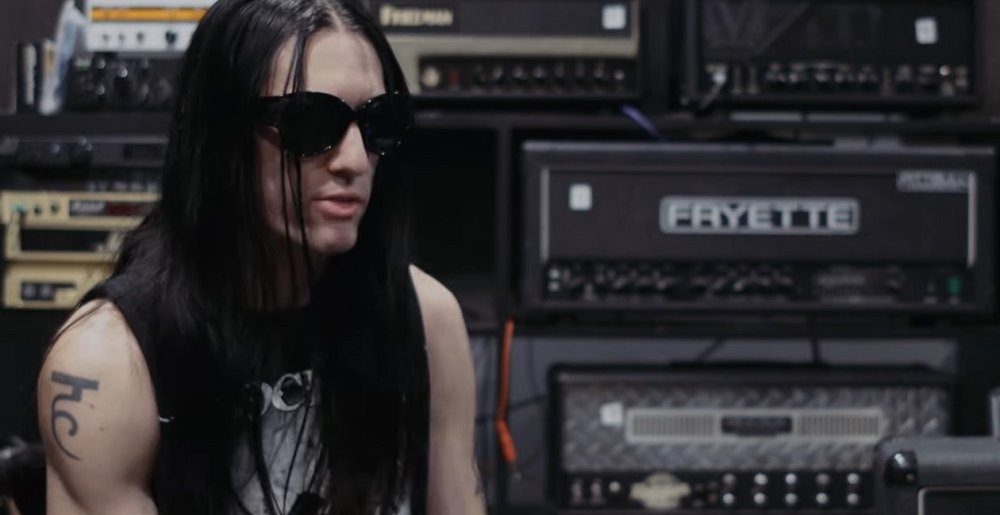 Check Out the Extended Trailer for Shock Rock, a Documentary on the Wild Ride of Matt Zane and Society 1

Now, as the band gears up for its 2023 reunion tour, Society 1 takes center stage again in a new documentary titled Shock Rock. Directed by Zane and Dagon Destroyer, the film takes a look back at the madness that was Society 1, including the record breaking performance where Zane was suspended by four meat hooks at Download Festival while he performed with the band.

With part of the documentary set to be filmed while the reunited band goes on tour with Static-X, Fear Factory, and Dope this year, Dagon Destroyer said he was most interested in getting Society 1 and Zane’s story back out into the limelight.

“Matt Zane is a character that has always fascinated me. The entertainment industry hates him, and yet celebrities use him for their careers. I’ve seen documentaries on shock rock and shocking performance artists, and Matt Zane is never mentioned. It’s like he’s purposely ignored in an attempt to erase him from history.”

Even though Society 1’s gone completely nuclear on TikTok with over one million views, Zane said he’s worried about how the band will be received while out on tour considering how much things have changed.

“The band is getting millions of views on TikTok for stage antics we just won’t replicate in today’s political climate. I know some things will cross the line but others I’m not so sure about. It’s difficult to know how far we’re going to be able to push it in 2023.”

There’s currently no release date for the movie at this time, but we’ve got an extended trailer for you to check out below that should show you just how absolutely fucking bonkers some of the shit Society 1 did on stage was.

To catch Society 1 live, be sure to catch them at one of the following dates:

Metal Sucks Greatest Hits
0 -
Converse Rubber Tracks x MetalSucks: Everything All in One Place
540 -
Worst Year Ever: All of Our 2010 Year-End Sh*t in One Place
0 -
France’s Got Talent, too: Beautiful French Girl Performs Heavy Metal Song on TV
0 -
Incredibly Metal Six-Year-Old Girl Terrorizes America’s Got Talent
0 -
The Best Metal Albums of 2013, As Chosen by Metal Musicians Themselves — Part I: Machine Head’s Robb Flynn
2860 -
What is the Best Christian Metal/Hardcore Band???? [you’re moshing 4 Christ]