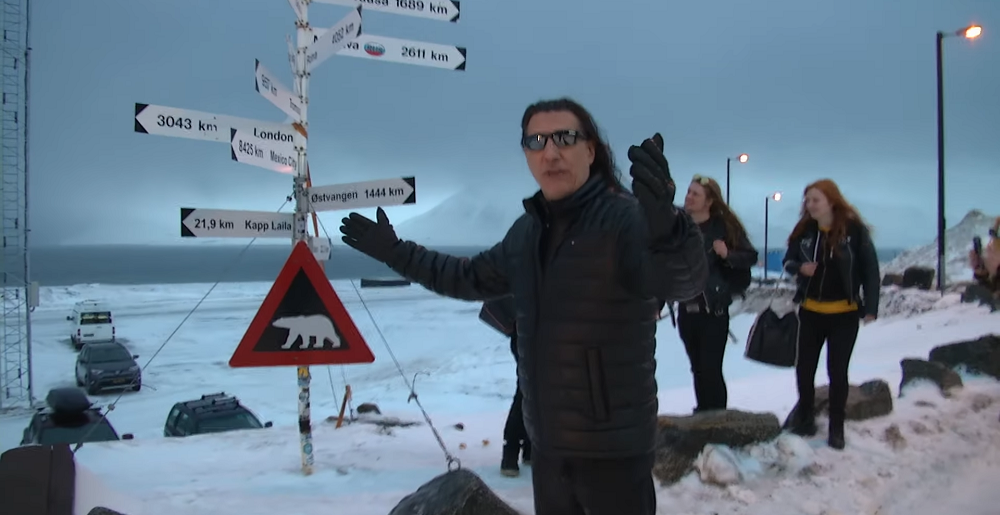 Manowar Stream Behind the Scenes Documentary on Historic Norway Gig

When it comes to epic heavy metal, the guys in Manowar know a thing or two. And what’s more epic than playing the northern most location with more than 1,000 people living there — Svalbard, Norway.

To celebrate its release, the band released the following statement:

“On April 16, 2019 Manowar played as the first major heavy metal band in Longyearbyen on the archipelago of Svalbard (Norway),” reads the description of the documentary.

“Longyearbyen is the world’s northernmost settlement with a population greater than 1,000, meaning nobody lives closer to the Arctic Circle year round than the people of Longyearbyen. Residents from almost 53 different countries live here, making it the perfect location for a gathering of Manowarriors from around the world.

“In April 2019 Manowar fans from Norway and many nations around the globe came to this magical, remote location for a celebration of true metal. This mini-documentary commemorates this special event and takes you behind the scenes of an unforgettable moment in Manowar and metal history.

“Hail to our Norwegian fans and to all our Warriors Of The World!”

Manowar will be on tour next month, so if you want to check them out in a significantly warmer climate than Svalbard, Norway, here’s your chance:

I feel bad for their guitar tech.

Kelly’s best-known works are the covers of ‘Destroyer’ and ‘Love Gun.’

Metal Sucks Greatest Hits
0 -
Video: Killswitch Engage’s Adam Dutkiewicz Wins Everything on The Price is Right
0 -
The Single Greatest Analysis of Nickelback’s Work Ever Written
0 -
BREAKING: Joey Jordison Back in Slipknot as Percussionist!
0 -
I, For One, Welcome Our New Robot Overlords
0 -
Chad Kroeger and Avril Lavigne Finally Wrote a Song So Awful that the Internet Has Collectively Rejected It
0 -
Twenty Photos of Mitch Lucker’s Last Days, Taken From His Instagram Account