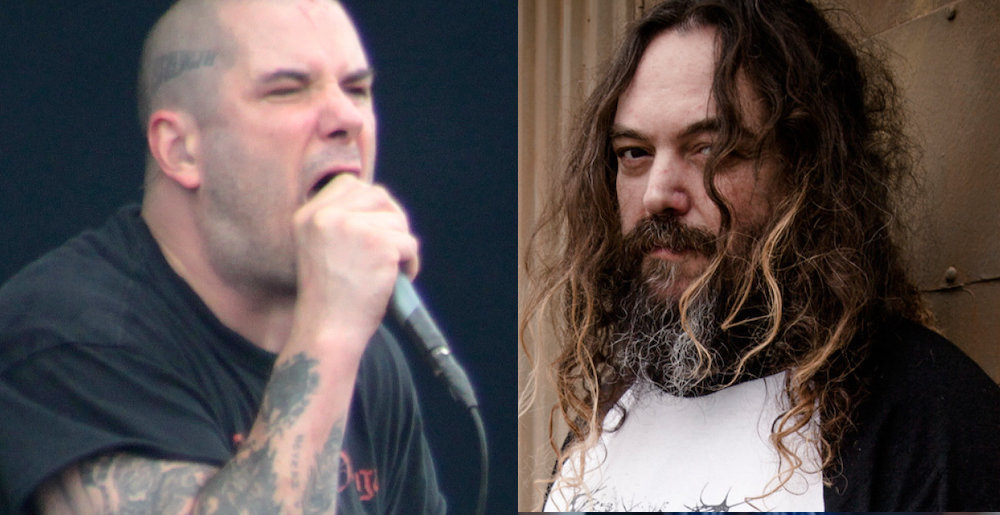 Max Cavalera Praises Pantera Reunion: “It’s the Closest You Get to the Real Thing”

Noting that he and his brother Igor have played plenty of classic Sepultura-centric shows over the last few years, Cavalera said that (transcribed by Blabbermouth) he supports the reunion.

“I think it’s cool that they’re doing that. I do something very similar with my brother, where we go out and we play a lot of Sepultura albums that the fans really love it and they never got the chance to see it, for one reason or another. And they get to see it with the real drums and the real vocals and the real guitar. So it’s the closest you get to the real thing. And Pantera is the same thing.”

After a brief aside, Cavalera continues his thoughts and encourages fans to see the reunited/tribute Pantera lineup.

“Yeah, I think it’s cool, especially the generation that never got to see it. I was there. I got to see it from the side of the stage every night. It was great… But I’m thinking about people that never got to see it, never got to experience that. For sure, go see it. It’s not the original thing, but it’s as close you can get from the original thing. It’s fucking cool. The music is so powerful, it’s so good, it’s so cool that it will get through to the people. And I feel that way when I do those things with my brother. When we play those old songs, it connects to the whole audience. And it’s a huge tribute.

“It sucks that Dimebag and Vinnie are no longer here, but at the same time, especially if you’re a young kid and you grew up loving Pantera and never got to see it, for sure, go see it, man. Just be a part of it. It’s a unique experience.”

Check out Pantera live dates below.

Metal Sucks Greatest Hits
0 -
I Am The Working Class: The MetalSucks Interview with Fenriz
370 -
The Top Ten Worst Hair Metal Band Names
0 -
Op-Ed: When Did Slayer Start to Suck?
0 -
Joey Jordison Claims He Was Fired from Slipknot Via a Singing Telegram
0 -
The Best Metal Albums of 2013, As Chosen by Metal Musicians Themselves — Part I: Machine Head’s Robb Flynn
0 -
Let’s Gossip About How Much Money Famous Metal Vocalists Make