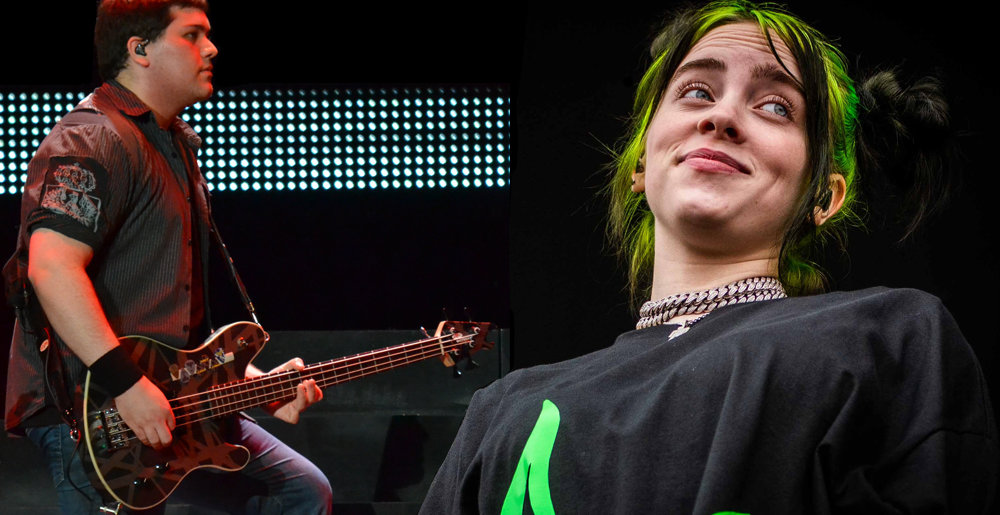 Few things will unite the Internet like correcting someone for not knowing something. So it’s not shocking that the Worldwide Peanut Gallery lost its collective shit yesterday after a Jimmy Kimmel interview revealed that 17-year-old pop star Billie Eilish has never heard of Van Halen. I mean, I get it: “Runnin’ with the Devil” and “Panama” have been in enough movie trailers and ad campaigns by now that one might naturally assume that everyone knows who wrote them, the same way everyone knows who wrote “Satisfaction” and who wrote “Purple Haze” (at least, I think everyone knows who wrote those songs… younger readers, care to chime in?). I also think Eilish’s knowledge gap stung especially hard in a year when younger people failed to recognize both David Lee Roth and Eddie Van Halen. For anyone who grew up at time when these dudes were two of the biggest stars in the world, it makes you feel old as dirt.

But keep in mind that a) Van Halen have barely been active during the time in which Eilish has been conscious, b) Eilish isn’t in rock music, so this isn’t exactly on par with Atreyu dissing Sabbath and Metallica, and c) Eilish became famous at an age when most kids are still worrying about finals and prom, so she’s likely been, y’know, busy. She was undeserving of the shit storm that rained down upon her yesterday.

So props to Wolfgang Van Halen for getting Eilish’s back on Twitter:

“Music is supposed to bring us together, not divide us. Listen to what you want and don’t shame others for not knowing what you like.”

Well said, Wolfie! Now, if you’ll excuse me, I’m off to listen to the new 7″ from Elote 5… Wait, what did you just say? You’ve never HEARD of Elote 5??!?! Jesus FUCKING Christ, people, what are all you worthless morons doing with your lives?!?!?!?!