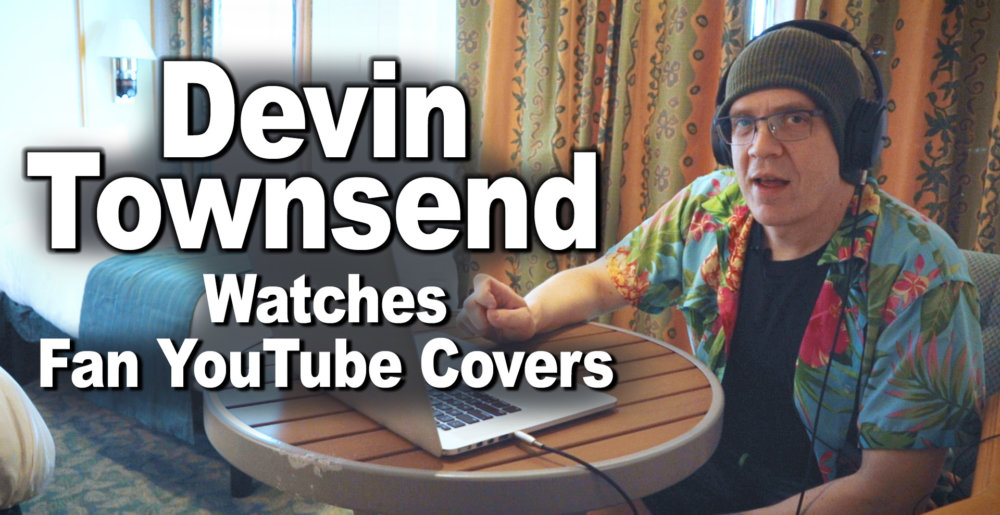 Our video series featuring musicians watching fan covers of their music on YouTube was basically tailor made for Devin Townsend, whose stream of consciousness-style manner of speaking is one of his most endearing qualities.

We sat down with Devin aboard the annual 70,000 Tons of Metal cruise, which saw the debut of his new live band for two sets featuring tunes from throughout his storied catalogue, including his solo material, Strapping Young Lad, The Devin Townsend Project and his latest album, Empath. Fittingly, the playlist of covers we showed him for this video featured all of those, too, and, as predicted, Devin’s reactions were an absolute hoot.

Unfortunately Devin was on a tight press schedule and didn’t get to spend as much time watching each cover as he would’ve liked, as you’ll see towards the back half of the video… but he did a Herculean job getting through them all anyway. Enjoy! Thanks to Gear Gods Managing Editor Isaac Stolzer-Gary for filming and editing this piece.

Devy’s back again with some new music!

Metal Sucks Greatest Hits
0 -
The formula 4 good music: Generic, but with a gimmick (*please read*)
1510 -
The Top 15 Reasons that Metallica are the Yankees of Metal
8850 -
The 101 Rules of Nu-Metal
0 -
The Top Ten YARLERS of All Time
0 -
Video Footage of Emmure’s Frankie Palmeri Getting Electrocuted On Stage in Russia
0 -
This Very Fat Cat is The Best at Metal Drums