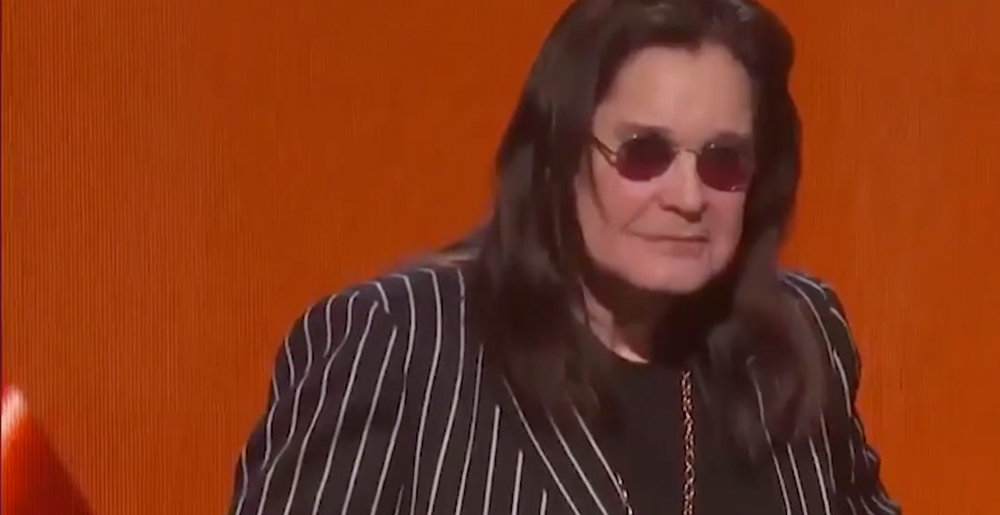 Ozzy Osbourne Admits That His Summer Tour May Not Happen

Earlier today, while discussing last night’s Grammy Awards and the apparent death of rock n’ roll, the right honorable Mr. Vince Neilstein made an observation about Ozzy Osbourne’s appearance when presenting at the ceremony — specifically, that Ozzy didn’t look so hot:

“[Ozzy] had difficulty walking six feet across the stage, propped up mightily and heroically by Sharon, whose hand he gripped for dear life… He isn’t well. I’m calling it now, that summer tour isn’t going to happen.”

I didn’t watch the awards myself, but I’m not the least bit surprised to hear this. Ozzy was in visibly bad shape when we saw him on his “No More Tours 2” farewell trek, and that was almost a year-and-a-half ago, before health problems — including neck surgery and a recently-revealed diagnosis of Parkinson’s Disease — necessitated a vast amount of show cancellations. And the sad truth is, Ozzy’s physical condition has been deteriorating for a long time; the 2018 show we attended was the first time I’d seen The Ozzman live since 2006, and I thought he seemed about ready to retire then.

(I don’t mean this as some kind of judgment, by the way. Ozzy is 71-years-old, his health issues are no joke, and he’s a fucking legend. I know he said he was never gonna stop, but if anyone has earned the right to live out the rest of their days playing with their grandkids in warm weather, it’s him.)

So when I saw this Ozzy quote from a Grammys red carpet interview with CBS about whether or not his summer tour will proceed as planned, I couldn’t help but think, “Well, yeah“:

“If I’m well enough, I’ll work towards it. I’m having physical therapy every day, five days a week. I’m trying, doing the best I can. Neck surgery’s not easy.”

Ozzy’s daughter, Kelly, quickly stepped in to be supportive, saying that “Seeing how far Dad’s come this year and how far he’s come in the last week alone has just been incredible.” Which is great. But given everything that has happened recently, I still wonder if she’s not being overly optimistic. (Again, I’m not criticizing — I’ve had a seriously ill parent. It’s terrible. Being overly optimistic is sometimes the best thing you can do for yourself and your parent.)

Ozzy has had an incredible career; he literally helped create the genre of music we all love. And based on the three singles we’ve heard so far — “Under the Graveyard,” “Straight to Hell,” and the title track — it sounds like his new album, Ordinary Man, is going to be his best release in at least twenty-five years, if not longer. If it’s his last album (and it seems like it probably will be), it’s fantastic that he’s gonna go out on a high note. I feel honored that I got to see him one last time, even if it wasn’t his strongest performance. I know he know wants to give his millions of fans around the world the opportunity to do the same. But I also really hope he really, truly puts his health first. One final tour isn’t worth literally killing himself over.

If you’re feeling optimistic that this last tour will actually happen, you can get dates and tickets here. Ordinary Man comes out February 21.