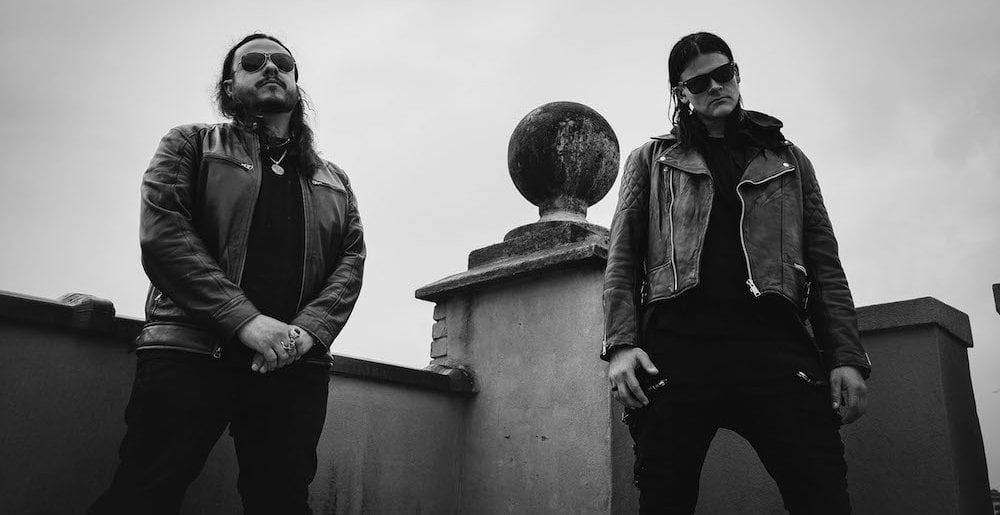 There’s been a whole lotta behind-the-scenes industry hype surrounding CONTRACULT Collective for a minute, and I’m thrilled to say that for once, the hype is real.

The industrial duo, Svart and Cultprit, are certainly part of the industrial resurgence that has emerged over the past few years, but they instantly stand apart from the crowd. Their first two single — an original song called “Hogtied” and a reimagined version of Hole’s “Violet” — sound like Marilyn Manson if Marilyn Manson was sexy instead of, y’know, totally gross. And although I dig the Hole cover (you certainly can’t accuse CONTRACULT Collective of just making a rote xerox of the original song), the S&M anthem “Hogtied” is next-level great. It’s so insanely catchy I’ve been listening to it on repeat for the past half-hour. The only way it won’t get stuck in your head is if you have no head.

I highly recommend you stream both tracks, which you can do below. They were both co-produced by the band and  Josh Schroeder (Battlecross, King 810, The Plot in You, etc.).

CONTRACULT Collective have just signed with Roadrunner, and will presumably release a full-length later this year. In the meantime, they’ll make their live debut supporting Gost at The Echo in Los Angeles, CA this coming Saturday, February 1.  Tickets are on sale now. More live dates should be announced soon!

Exactly what a metal remix track should be.

Metal Sucks Greatest Hits
1230 -
Loutallica’s LuLu: The MetalSucks Reviews
0 -
Teenage Environmental Activist Greta Thunberg’s UN Speech Turned into a Swedish Death Metal Song
0 -
Someone Made a Lemmy Doll from a Mr. Potatohead
1860 -
The Top 25 Modern Metal Guitarists: The Entire List in One Place
0 -
The Top 25 Modern Metal Frontmen: The Entire List in One Place
0 -
Converse Rubber Tracks x MetalSucks: Everything All in One Place